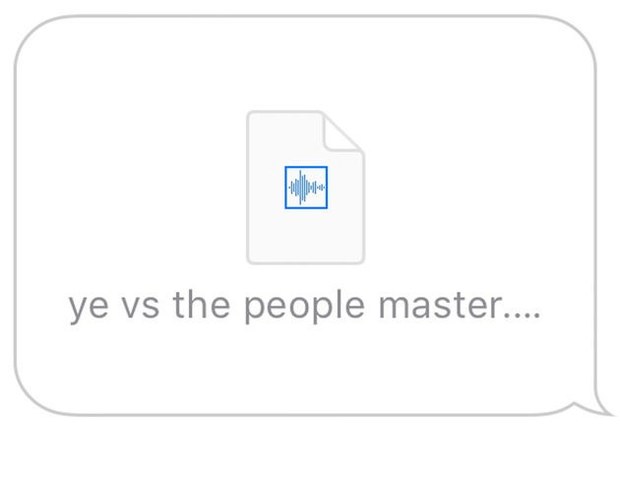 A new Kanye West song was exclusively premiered on Power 106 on Friday night (April 27) before getting sent to digital platforms. The new Kanye song is titled "Ye vs the People" and it features fellow Atlanta MC T.I.

"Ye vs the People" consists of one long back-and-forth verse where Kanye ("Ye") and T.I ("the People") will debate-rap on their various political opinions.

A day before the premiere of their collaboration, T.I posted this on Instagram:

Yesterday Spent the day wit Kanye… Long term work in progress, no doubt. Still Optimistic. Something From our discussion gon STICK… I refuse to just give up on him. The Old Ye Too Important!!!”

"Ye vs the People" is said to be making an appearance on Kanye West's forthcoming eighth studio album reportedly titled "LOVE EVERYONE", which cover art should look something like the photo right below:

Read the lyrics to "Ye vs the People" here