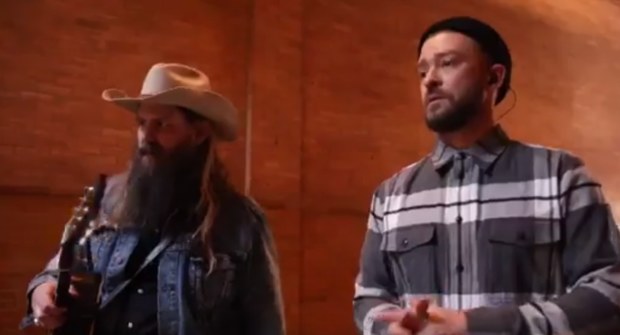 As promised, Justin Timberlake released a new song from his forthcoming “Man of the Woods” album (Feb. 2) today at noon.

The new song is entitled “Say Something” and it is a collaboration with country singer Chris Stapleton.

“Say Something”, which has an official length of 4 minutes and 39 seconds, was co-produced by Justin, Timbaland and Danja.

This is the third song we get to hear so far from “Man of the Woods” after “Filthy” and “Supplies”.

The digital release of "Say Something" came together with the premiere of the official music video for on VEVO.