Justin Bieber's Manager Worried Once The Singer Was Going To Die From An Overdose! 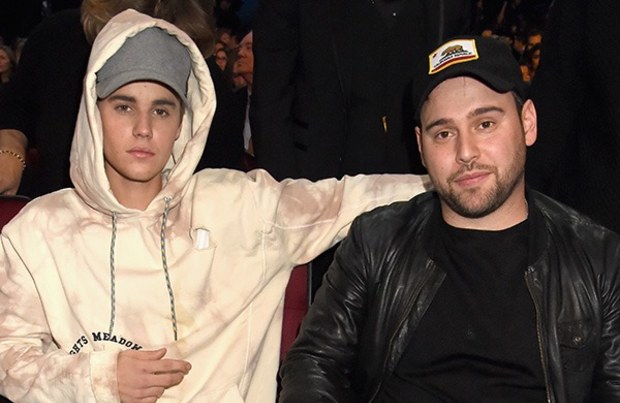 Justin Bieber’s manager Scooter Braun was recently a guest on Van Lathan’s Red Pill podcast and during his interview he mentioned that he once feared he was going to receive a call that said the “Baby” singer had been found dead due to a substance overdose. There’s no doubt the subject by was raised by the interviewer following the recent cases of Demi Lovato and Mac Miller (R.I.P).

“There was a time where I would go to sleep almost every night, when he had the money to fly away from me, and I was worried every night that I was gonna lose him. And that was the time I was telling him he’s not allowed to work. I thought he was going to die. I thought he was gonna go to sleep one night and have so much crap in his system that he would not wake up the next morning. And I was trying to monitor him from a distance. I would fly after him at times — all kinds of different stuff".

Indeed, there was a time Justin used to hang out with the wrong people, and rumor had it (although Scooter is now confirming it) that Justin had certain “problems”. Thankfully, Justin looks totally healthy now, he’s found God, he’s engaged, and honestly looks like he’s on the right path now. Good for him!