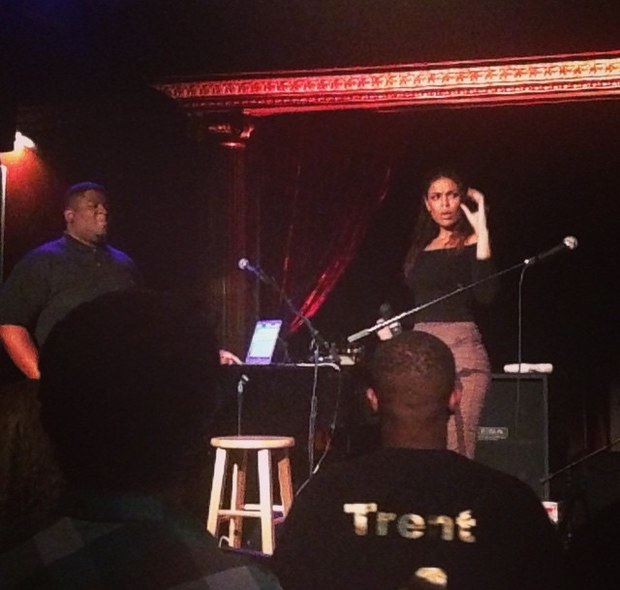 During an interview with Huff Post Live LAST YEAR, Jordin Sparks was inquired about her long-delayed new music as, at the time, it was 5 years since the release of her last album; "Battlefield" (2009). Now it's 2014 and those 5 years have turned into 6. Will it be 7? It seems so! On that same interview, Jordin told that her third album was already FINISHED and she was only waiting for RCA’s call telling her the project was a “go” and that a release date had been fixed. But unfortunately home gurl is still waiting.

Basically RCA told Jason Derulo’s ex that there was no room for her 3rd album on their schedule of releases for 2013 (and that applies for 2014 too). Poor Jordin has become a low-priority asset for RCA. But incredibly she isn't mad at her label as she told the Huff Last Live this: "They’ve done so many amazing things for me,”….“I don’t want this to come off like I hate them, cause I don’t!”. LOL. Come on, Jordin, who are you kidding? You are only grateful at RCA because they are still paying you money and haven't dropped you yet even though you haven't "produced" an album for them in 5 years!

Anyway, last night (Oct. 22) a light at the end of tunnel could be seen for Jordin’s long-delayed third album. During a private showcase of Salaam Remi’s new Sony Music imprint “Louder than Life”, the super-producer brought on stage Ms. Jordin Sparks. She sang for the attendees at the small venue snippets of 3 new songs from her upcoming LP. Still no fixed release date for the album but at least we’ve at last heard some music from it! Hopefully these three fabulous performances – all 3 songs sound great, and Salaam Remi’s R&B-pop productions sound so “right now” – will be watched by the RCA executives and they serve to rush the release of Jordin's new album. Early 2015 please!!!