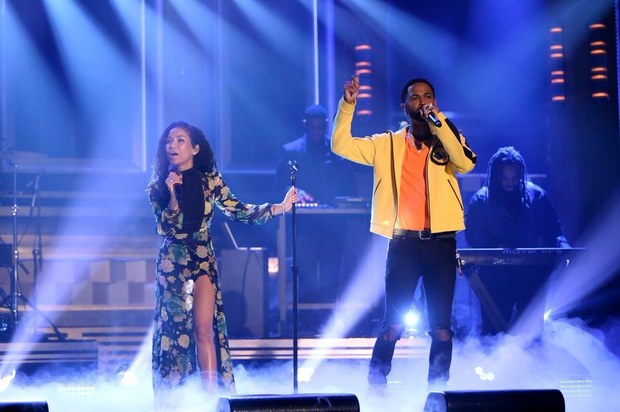 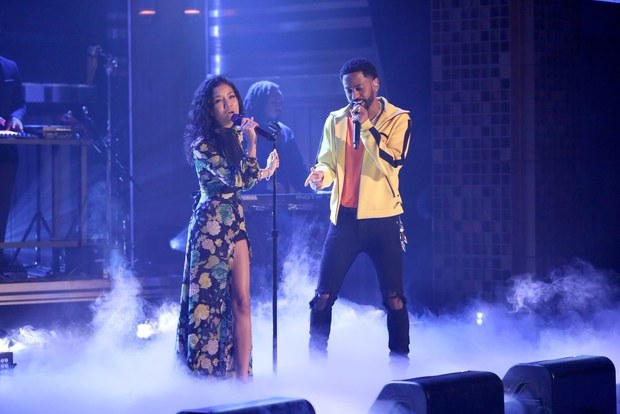 Jhené Aiko appeared live on NBC’s “The Tonight Show starring Jimmy Fallon” last night, October 9, to deliver a live performance of her song “Moments” from her second studio album “Trip”, which was released in stores only last month. “Moments” is a collaboration with Big Sean and Jhené’s boyfriend was there with her on the “Fallon” stage last night to assist her with the performance.

Jhené looked stunning in that long dress and make-up and hair were flawless too, her and Big Sean totally matched fashion-wise, she sounded superb, and the chemistry between the two was to put it simply, hot.

Jhené hadn’t done much promotion for “Trip” ever since the album was released last month but it’s good to see that’s finally changing. It’s a great album, and it would be really sad for it to be completely forgotten due to Jhené’s lack of media promotion willingness!