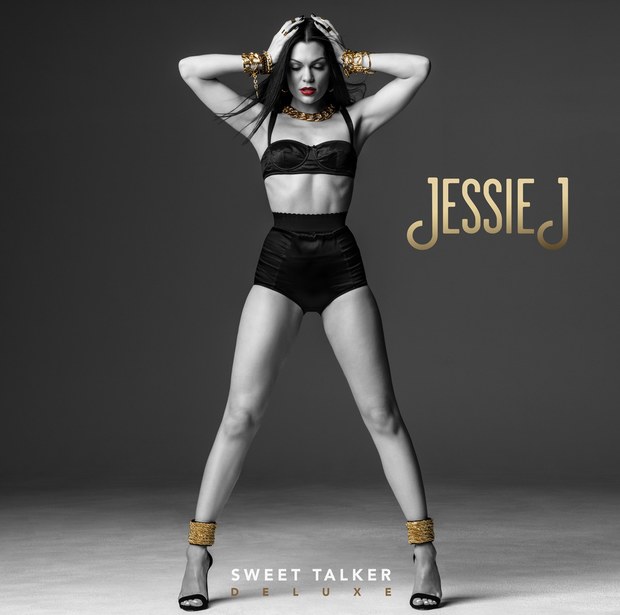 She recently showed off her banging body when she revealed the cover of her new album “Sweet Talker”, and today (August 22) British singer-songwriter Jessie J gives us the official tracklist of album #3 alongside the iTunes pre-order. The “Alive” follow-up “Sweet Talker” will come in standard and deluxe editions, the former containing 12 tracks and the latter 15. 2012 "Alive” album rejected track “Strip” will feature on the deluxe edition of the new Jessie J album. At last! Justice has been done!

The tracklisting unveiling confirms that “Sweet Talker” will have three other collaborations - excluding "Bang Bang": “Burning Up” with rapper 2 Chainz, “Seal It With A Kiss” with hip-hop trio De La Soul and “Loud” with famed violinist Lindsey Stirling.

Is it me or does the tracklisting, the collaborations and having heard "Bang Bang" kind of gives the idea that “Sweet Talker” won’t have a “Price Tag” or a “Domino”? I like urban, R&B-esque Jessie J, because her vocals just kill it in these genres, but I also like full pop Jessie J. I mean, she also has to be appreciative of pop as that's the sound that's given her all of her major hits. Anyway, I still have hope. I’m confident Republic Records/Lava wouldn't have green-lighted “Sweet Talker” without one or two pop monsters. And if there aren't, and the future "Sweet Talker" singles flops, Jessie J can always be sent back to the studio to record pop tracks for a re-release issue of the album.