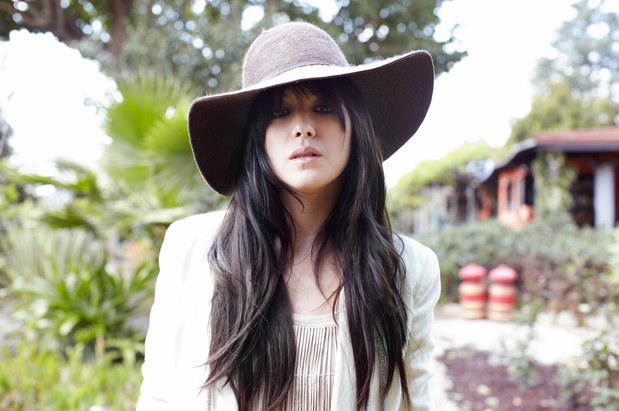 She’s still alive! Michelle Branch’s last piece of new music may have been the EP “Everything Comes and Goes” in 2010, but the talented singer - whose debut album “The Spirit Room” is one of my favourites ever – still wants to do music! How do I know? Well, just click play on the SoundCloud embed below. It’s a fresh-off-the-oven cover of Radiohead’s “Creep” by Michelle Branch. She previewed her cover last month announcing she had specially recorded it for the new CBS series “Stalker”. And at last on Friday night (Oct. 10), Michelle released the full versions for all her fans around the world to hear. Check it out!!

I was of course kidding with the post title. Of course no one can top Radiohead's original version, but Michelle Branch’s cover is nonetheless pretty brilliant. Certainly one of the best covers of “Creep” I’ve ever heard. She gives the song a totally different, kind of darker vibe than the Radiohead version. Is that really possible? Well, Michelle did it! So glad to hear too that her vocals are still as amazing as ever.

Apparently Michelle confirmed earlier this year that’d a new studio album was in the works and that it’d have a pop-rock sound. Hopefully it’ll come soon!