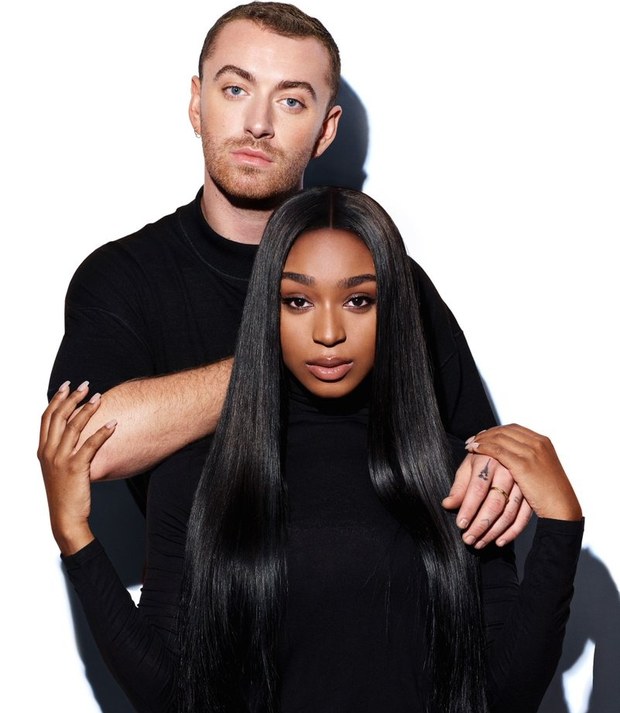 This is so unexpected!

Sam Smith and Normani just announced simultaneously on social media this Friday morning that they have a COLLABORATION coming up. Titled "Dancing With A Stranger", this bop (it better be a bop. I can't imagine anything different) will be released on January 11th.

They announced the song by posting this promo photo (the cover?) on Instagram, etc:

DANCING WITH A STRANGER with @Normani
JANUARY 11th 2019https://t.co/4VIPj3xDpd pic.twitter.com/rZaFYqVPcH

This honestly caught me by surprise. I knew Sam was a major fan of Fifth Harmony but then I saw this interview he did with Andy Cohen where he chose to go see a Camila Cabello concert over a Fifth Harmony one and people saw this as shady and I just thought that would kind of ruin any possible collaborations with the other Fifth Harmony girls gone solo now. But NOP. There was no drama in the end, thank God. Imagine that silliness preventing us from a freaking SAM SMITH/NORMANI collaboration!

I can't wait for next Friday. I hope there's a music video coming out the same day. And I hope to see both Normani and Sam Smith slaying a choreography together, even if it is a simple one (for obvious Sam reasons haha).

HOW DO YOU IMAGINE THIS SONG TO BE?