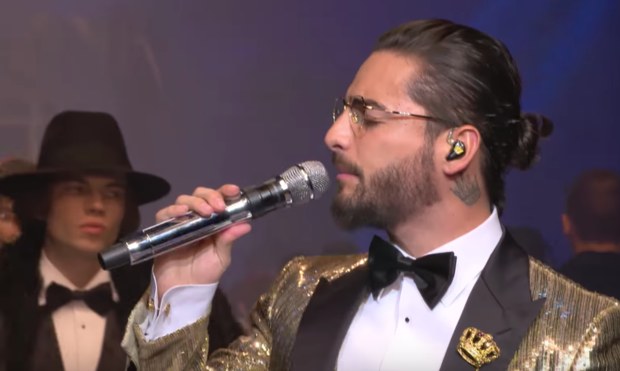 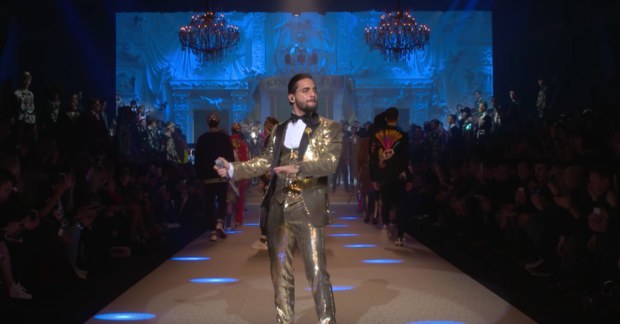 Now that’s something I never thought I’d see on a fashion week show in Milan: reggaeton!

It’s fashion week right now in the glamorous Italian city and Dolce & Gabbana wanted to give their winter collection presentation show a unique spin. And what’s more unique than bringing a reggaeton star to perform, right?

Reggaeton has never been present on a fashion show in Europe and Dolce & Gabbana sought to be pioneers. Plus, the reggaeton star they invited was a hottie and he therefore looked good on that catwalk, even though his tailor-made outfit was beyond ugly. It was none other than Maluma!

The Colombian music star was invited by the bosses of the Italian luxury brand to perform a mini-set at the last part of their Fall Winter 2018/19 Men's Fashion Show.

Yesterday Maluma performed hits like “Corazon” or “Felices los 4” on a stage and later proceeded down to the catwalk where he remained singing until all the models farewell-walked. Then Maluma joined everybody, including Domenico Dolce and Stefano Gabbana, for one last group celebratory moment (22:30 for Maluma).

PS: Yes his outfit was ugly and yes he sounded kind of bad, but there’s no denying this Maluma performance will be one for the fashion history books and that this was a huge moment for reggaeton!