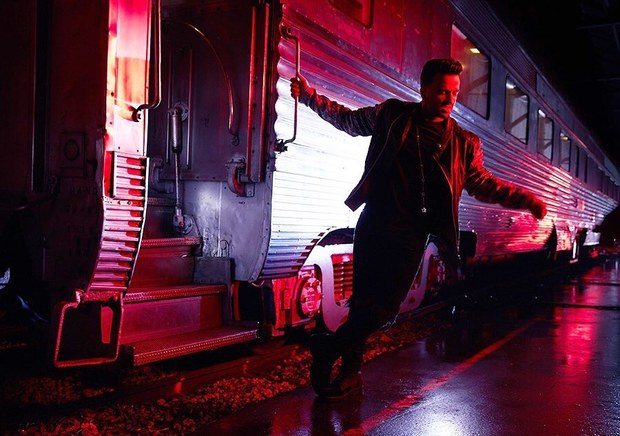 Are you ready for Luis Fonsi’s fall/winter hit? The Puerto Rican singer slayed the Latin charts in the U.S and the charts in Latin America and Spain with his last spring/summer hit “Calypso” a few months ago and now he’s ready to provide fans with their fall/winter single. This seems to be his strategy ever since “Despacito”. A new single for spring/summer and another one for fall/winter. So expect Luis Fonsi’s next single in about six months time.

“Imposible” is the title of Luis Fonsi’s fall/winter 2018-2019 single, it was released today on digital platforms, and it features “Taki Taki” star Ozuna. “Imposible” is a reggaeton-ish Latin pop song where Luis Fonsi and Ozuna sing about being the perfect macho man for this particular girl. All is in Spanish and together with the single’s audio release Luis Fonsi premiered the official music video for “Imposible” today too. The video sees the two Latin stars hanging and singing together in a train station and some masked male dancers doing a choreography. PS: Was that the same place the Pussycat Dolls shoot the “Jai Ho” music video? Just asking, lol.

“Imposible” doesn’t knock that hard in my humble opinion in comparison to his previous singles but it’s catchy and I have no doubt this will get massively play on Latin radios and Latin clubs because everyone loves Luis Fonsi, so yeah, our Puerto Rican bae has a new hit. Congrats.