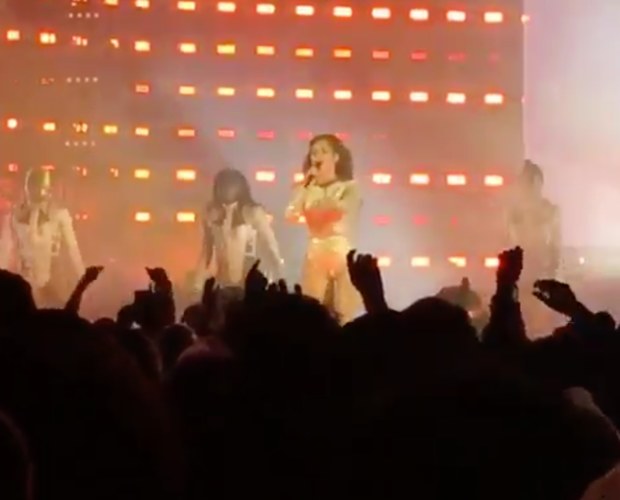 Raleigh was plagued with thunderstorms, rainstorms and strong winds last night - before, during and after the Beyoncé show.

For a minute it was thought that the fourth show of the "Formation World Tour" was going to be postponed. But the 50,000-plus fans made their way inside the venue. And when a thunderstorm was literally above the stadium and it forced a momentary evacuation of the venue, and for Beyoncé to put the show on hold halfway, everybody thought that tour organizers were going to cancel the rest of the spectacle. However, Beyoncé returned on stage after the weather gave everybody a short break. And when a powerful rain began to pour down on everybody at the stadium... NOTHING HAPPENED. Beyoncé decided to go on and finish the show - for there were only a few songs left. This after paying a $60,000 fine for exceeding the schedule time limit for her concert at Carter-Finley Stadium. But since Beyoncé loves her fans so much, and money means nothing to her anymore, she gladly paid and offered a killer finale for her Raleigh Beyhive. You have to see the stunning image of Beyoncé performing the last song of the setlist, "Halo", under the rain. It was just magical! 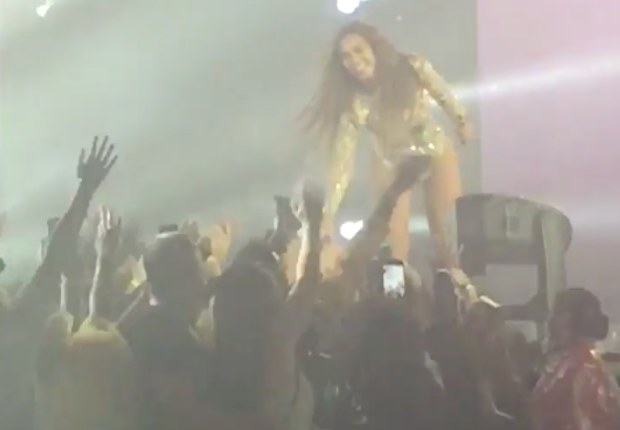 Beyoncé in Raleigh, North Carolina - May 3rd, 2016: “This rain didn’t stop this show, and nothing stopped my love for y’all”.

What a true professional Beyoncé is. I admire her so much.

@Beyonce said it!! That rain didn't stop us from being in formation #FormationWorldTour pic.twitter.com/aniFOAQBxg

"Halo" farewell performance in the rain

A thunderstorm can't stop Beyoncé. Thank you for this experience. Halo in the rain? Priceless. #FormationWorldTour pic.twitter.com/9lEaC3B1p2