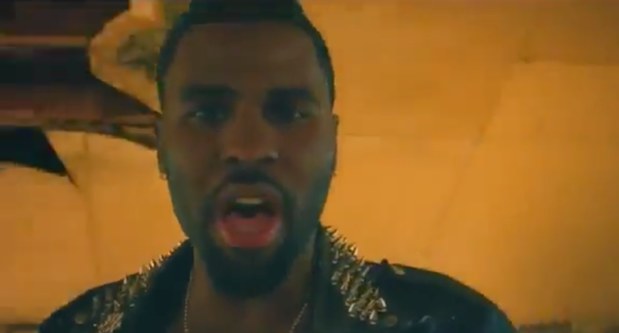 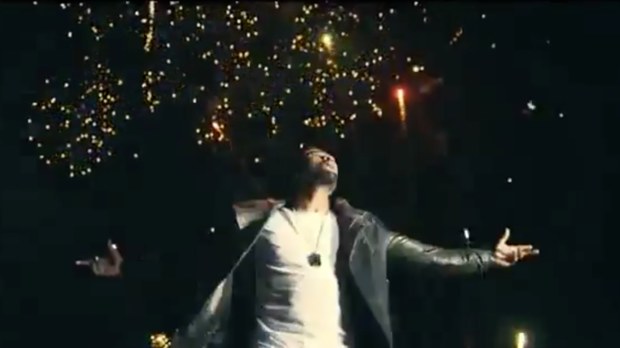 Interesting. Hardwell’s Jason Derulo-assisted single “Follow Me” premieres in January, and he shoots the music video in April, but he doesn’t unveil it until this week. I wonder if the fact the song hasn’t performed that well on any chart or wasn’t the ‘game changer’ he wanted us to believe it was had something to do with the delay?

Directed by Collin Tilley, the MV for “Follow Me” – lead single from Dutch DJ Hardwell’s debut album “United We Are” – shows vocalist Jason Derulo wandering throughout an abandoned house, and dancing like there’s no tomorrow in the desert during daylight, while he gets his life from the fireworks lighting up the sky at night time. Hardwell is seen scarcely in the video, only appearing in the few scenes where he rides a roofless car.

I’m sure “Follow Me” sounds great in the club but I’m also sure party-goers quickly realize it is one of those “meh, can they please play another one already?” kind of track. It’s very forgettable and one of Hardwell’s weakest works yet IMO. And as for the desert-themed music video, I’ve seen tons of desert MVs in the last year, so nothing groundbreaking or exciting here. Oh, the irony. Nor the song nor the video are anything “game changing”.

When Hardwell and I decided to work together, I knew the potential of what we would be able to create was incredible, but the ‘Follow Me’ song is a game changer that I can’t wait to share with the fans.