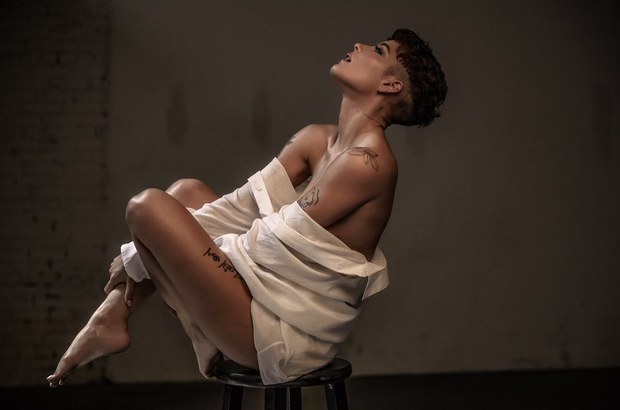 Halsey promised we’d have new music today and she has kept her promise.

The 24-year-old New Jersey singer released her new single “Without Me” a few minutes ago on all digital platforms. This track is the first piece of all-Halsey new music since 2017’s “hopeless fountain kingdom” (true she has vocals on “Eastside” but that’s a Benny Blanco song). Is she already ready for a new album? Hmmm, I don’t think so. This has to be a one-off single for the fall season. Maybe an EP but who knows. She hasn’t confirmed anything yet. I wouldn’t expect a new Halsey album till mid 2019.

As for my thoughts on “Without Me”, I’m liking it a lot. It’s Halsey’s take on R&B, the lyrics (about having a relationship in the public eye) are so interesting (maybe inspired by G-Eazy? … But they’re already back together! So maybe this was written while they were on a “break”?), and Halsey’s vocals – she was feeling every lyric – were OMG. She went hard. I’m expecting an incredible music video with some serious dramatic acting by Halsey.