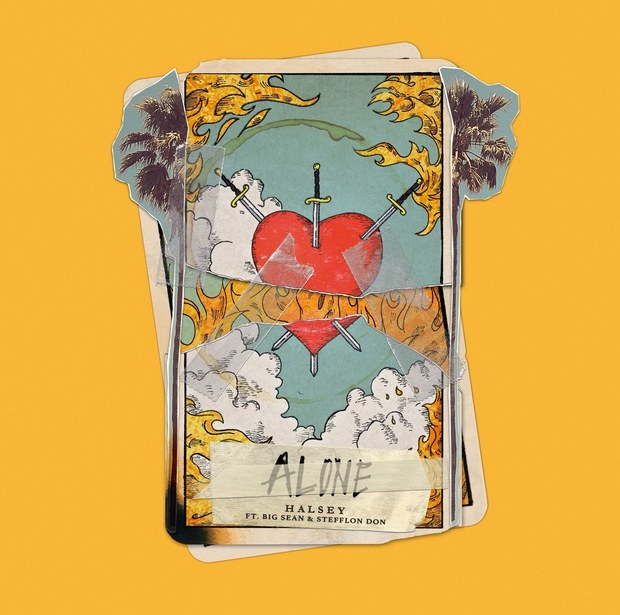 Halsey’s official remix of “Alone” featuring Big Sean and Stefflon Don just premiered on digital platforms and YouTube. “Alone”, in its remix form, will serve as the next single from Halsey’s “Hopeless Fountain Kingdom” album.

Nooooo!!!! I mean, yes I am happy “Alone” is Halsey’s next single (its's one of my absolute favorites from “Hopeless Fountain Kingdom”) but BIG NO at her ruining this flawless song with this remix. Yes Big Sean slayed a bit with his verse (he was cool, I totally tolerate it) but WHAT THE HELL at Stefflon Don? I love her and I love her “Hurtin’ Me” song but she was definitely not needed in this remix. Her rap part makes no sense, it sounds like a complete different song, and it totally ruins “Alone” for me. I’m sorry but I refuse to give radio support to this remix. I’m going to start a petition right now demanding Halsey and her record label to dismiss this remix and send the original version of “Alone” (sorry Big Sean, you’re collateral damage) to radios instead. This remix is a mess.

If they shoot the official music video of “Alone” using this remix, I will SNAP.