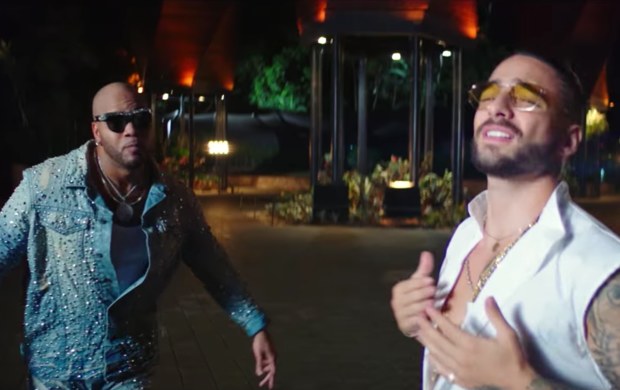 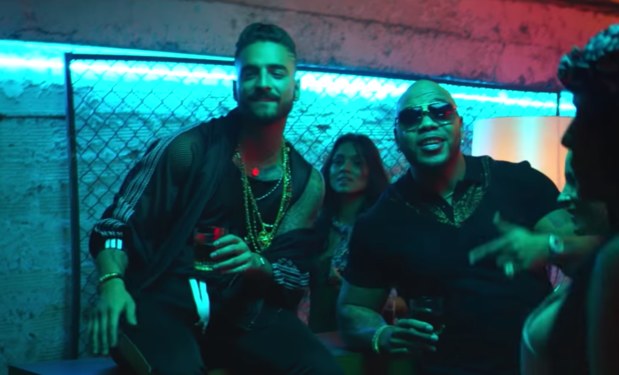 Flo Rida traveled to Maluma’s hometown of Medellin, Colombia to shoot the music video for their debut collaboration “Hola”. If Medellin sounds familiar to you but can’t remember where from, here’s a clue: Netflix’s Narcos. Medellin was the Colombian city where Pablo Escobar ran his infamous drug cartel from. The “Hola” music video sees Flo Rida hitting on pretty Colombian ladies in the streets, partying with his boy Maluma and drinking some cocktails at the club, and finally taking the lucky chosen ladies for a night dinner with the “Felices Los 4” reggaeton singer and him. The music video gives clear summer vibes and that’s because summer is around the corner in Colombia, whereas if you live in a country in the northern hemisphere, we must watch this “Hola” music video with nothing but jealousy because it reminds there’s people who can go to the beach for a swim and wear shorts on the street right now. Wouldn’t be best if Flo Rida re-released “Hola” for us struggling with winter now in, let’s say, 6 months? (lol). Anyhow, we’ll have to forget the music video and just dance to this at the club. “Hola” is a fun song but definitely not Flo Rida’s best in his amazing party-ready singles discography.