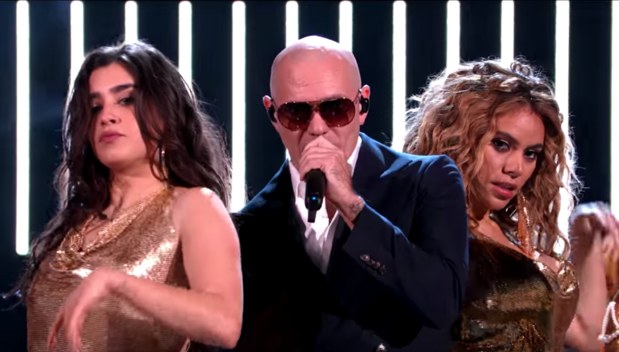 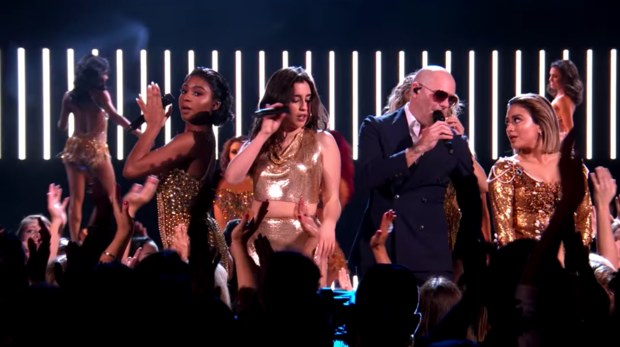 Pitbull and Fifth Harmony had something to do on ABC’s prime time show “Dancing With The Stars” last night, and that was to perform their latest collaboration “Por Favor” live. Is “Por Favor” part of an upcoming album? No. Is “Por Favor” doing well on the charts? No. “So why exactly are they using this precious TV time promoting it?”. Good question! We have no idea. Pitbull is releasing his new “Greatest Hits” album this December 1 and “Por Favor” isn’t one of the few originals tracks included… and that’s plain crazy. “Por Favor” is new and “Por Favor” is performed by Pitbull, so “Por Favor” NEEDED to be on “Greatest Hits”. What happened with that? Did Epic Records deny it?

Anyways, the “Dancing With The Stars” performance of “Por Favor” was entertaining, Pitbull did his energetic rap thing, and the Fifth Harmony ladies looked gorgeous in their matching golden dresses. So was there anything that wasn’t good? Well, to say something, the crowd. The “Dancing With The Stars” teamed messed it up here. The crowd literally swallowed the performers on the stage. They were too many and the stage was rather low. Pitbull and the Fifth Harmony girls deserved to be seen full body, because maybe then the slayage that we witnessed last night could have been bigger. Still, we’re so sad Pitbull couldn’t have come up with a song a little better than “Por Favor” for a Fifth Harmony collaboration. And we’re not the only ones saying it. Just peep at the charts.