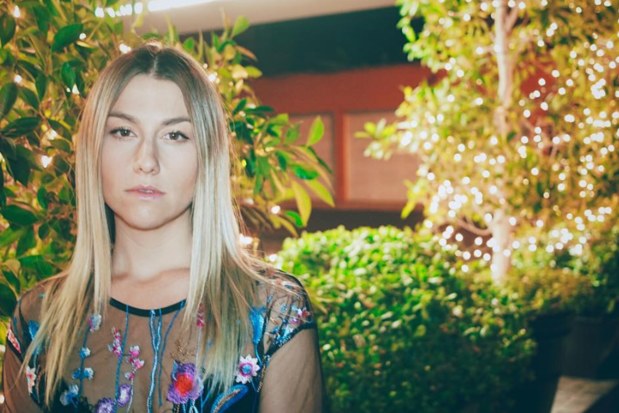 It is also important to get to know the songwriters behind the big hits on the charts. And since K-POP is the genre of moment what better than to talk to a Western songwriter that is credited on BTS’s latest album. Meet Melanie Fontana. She was born in the State of Connecticut, she’s in her 30s, and since almost a decade ago she has been writing songs for big names in the industry – including K-POP singers, who simply love her pen skills for their Korean-English songs. Melanie has written for f(x), AOA, Minzy, Rania or BTS. But it’s BTS the act that undoubtedly has launched Melanie Fontana to songwriter ‘goddess’ status. She wrote "Euphoria" from BTS' “Love Yourself: Answer” album, and you know how popular that album became in the entire world. Plus, "Euphoria" is one of the most-streamed songs from that LP on digital platforms. So yeah, it was a big deal for Melanie. But she is taking this success with humility. She’s now working with more K-POP acts, and you should also expect to see her under the singer spotlight in upcoming DJ collaborations that will be unveiled soon, because Melanie Fontana is also a singer.

Check out the email interview we recently did with Mel below.

1. Hi Melanie – where are you answering this Q&A from and how has your day been like thus far?

I'm here on my big comfy couch in Burbank, CA! My day has been a rollercoaster of emotions. I wrote a fantastic song in the studio with a talented group of people & simultaneously disputed a very greedy producer on some song shares. Let's just say I've laughed & cried. The music industry will keep you on your tippiest of toes.

2. Do you remember when did your passion for music started?

I remember (vividly) the day my music teacher pulled me aside after music class & asked me to sing at a special event outside of "school stuff"; I was 5! After that, I kind of always knew deep down I wasn't headed for a traditional career. It may sound outrageous, but I knew I was going to be in music before most people know how to write their middle names.

3. You are an incredible songwriter. Talk us through your personal songwriting process. Is there a particular place you love to write your lyrics in, what inspires you, do you use voice notes or a notebook to record random ideas you come up with, etc?

I'm beyond grateful for such a compliment! Thank you & while I wish I had some old notebook filled with doodles & genius poetry, I write like a typical millennial: I use my iPhone. HOWEVER: after a recent update, Apple notes deleted a year's worth of my titles, concepts & lyrics! It was very first-world-devastating. I even shed a tear after not being able to recover them. My ideas come from everywhere. Sometimes I start writing a song because I heard a line from a movie I loved that sparked something. Sometimes a title will just pop into my brain at 4am & I have to reach over, feel for my phone & type it.

4. Do you remember the first song you wrote for/was picked up by a famous singer? At that moment, did you think “Melanie, this is it.”?

The first big cut I got was on Justin Bieber's Christmas album. As soon as it happened, the bar was set VERY high. While I'm so thankful for what that song did for my career, it's almost like: crap. How do I follow THAT up!? Haha! What I said to myself was "This is it, now what ELSE can you do?" I didn't ever want to look in the mirror & see a one-hit-wonder.

5. You have written various songs for k-pop artists. Were you a fan of k-pop music prior to your first songwriting job for artists of this genre? What do you think of k-pop in general and do you remember your first k-pop songs you were obsessed with back in the day?

I first heard of Kpop in 2010 & was immediately pulled in. The first music video I ever saw was by Girl's Generation. I remember obsessing over the perfection of the choreography & the aesthetic of the camera angles. I was so into "Run Devil Run"; it was (and still is) SO catchy.

6. BTS are undoubtedly one of the hottest acts right now in the k-pop world. And you have a song on their latest album (“Love Yourself: Answer.”). The track is “Euphoria”. Talk us through the process of the creation of this song and BTS recording it. Was “Euphoria” written specifically for BTS? How did you react to the news BTS were interest in it and then that it was definitely going to be included on the album? Did you hear the recorded BTS final version before anyone else? What did you think of it? Would you love to work with BTS again in the future?

BTS has been SUCH a huge deal for me. Above all, I'm a massive fan of BTS & am honored they & their team took a listen to the song I co-wrote & gave it a loving home. I was brought into the writing session where we birthed "Euphoria" by a successful producer who's worked closely with The Chainsmokers, Beyonce & many more. He'd started an idea with another producer that he asked me to finish melodically & lyrically. Together, we pieced together all our fave ideas to make a song we thought might work for BTS. That night, I actually got a parking ticket outside of his studio, but the tune turned out so amazing, I didn't even care. When I found out BTS was releasing it & even filming a video, I actually jumped up & down. My husband will attest to the fact I totally lost it. I'd work with BTS every day if I could.

7. “Euphoria” is a fan-favorite from “Love Yourself: Answer”. Over 22 million streams on Spotify! Did you go online to read reviews of the album or see what fans were saying of your song on social media? If so, did the ‘love’ received give you more energy to keep going or how do you take this success in general?

I know it's cliché, but I just rarely read the reviews on my songs. I'm such a sponge, I worry that if I saw a negative comment, I'd clap back, then just feel sad afterward. I'll tell you, the energy I absorbed at their concert at The Staples Center: I'm STILL buzzing off hearing Jungkook crush "Euphoria" on stage in front of 21,000 people.

8. What do you think of Hyolyn? We hear there may be something coming from you soon. What can you tell us?

Hyolyn is such a treat to write & work with. Her melodies & her voice; they're just WOW. She's a pro to the bone. I can't give away any titles or release dates yet, but what I can tell you is we're in the mixing stages of a massive tune we co-wrote.

9. Besides a songwriter, you’re also a singer. What are your plans for your singing career? And, do you ever get the feeling “man, I should have kept that song for myself”?

I've had the feeling more & more lately that I want to do more singing. I enjoy doing EDM features. While it's supremely difficult to gain traction as a solo artist these days, it's much easier & equally satisfying when an established artist wants to feature me on one of their songs. Keep your eyes & ears open for some more songs with my vocals atop! There's a few on the way with some great DJs.

2018 literally knocked my socks off. (If you see my socks, please return them to LA!) I have a few big bops, including a unique Christmas song, coming out with the magnificent DIY-artist-turned-singer Wengie. This is so exciting to me right now! Wengie's been a "project on the horizon" that I'm so pumped about. I imagine 2019 being even MORE busy & even more exciting. I hope this doesn't make me seem complacent, but I really love where things are headed. I'd love my career to just continue to grow bigger, branch out & reach as many people as possible with the words I write & the melodies I sing.

11. What do you think are your Top 5 most-played songs of the moment’?

I've been playing a LOT of my own unreleased stuff. Many songwriters do this to a fault I think, myself included! MY favorite songs NOT by me are the new BLACKPINK f/Dua Lipa "Kiss & Make Up", BTS "IDOL", Zarra Larsson "Ruin My Life", Black Eyed Peas "Big Love" & San Holo "We Rise"

12. Who is your dream collaboration, why him or her or them, and how do you imagine the song you record/write would be?

OH MAN! This is a great question & because I'm a sqirrely artist, I have many dream collabs. My top 3 would have to be Marshmello, Ariana Grande & obviously BTS again. There's like, 40 more, but let's keep it short & sweet. With Marshmello, I'd write an EDM anthem. With Ariana, I'd love to do something along the lines of Imogen Heap; she did such a great cover of "Goodnight & Go"; I want more of that sound from her. With BTS, I'd love to do a pop/hiphop collab with an American rap artist like Travis Scott or Cardi B. I clearly have some big aspirations.