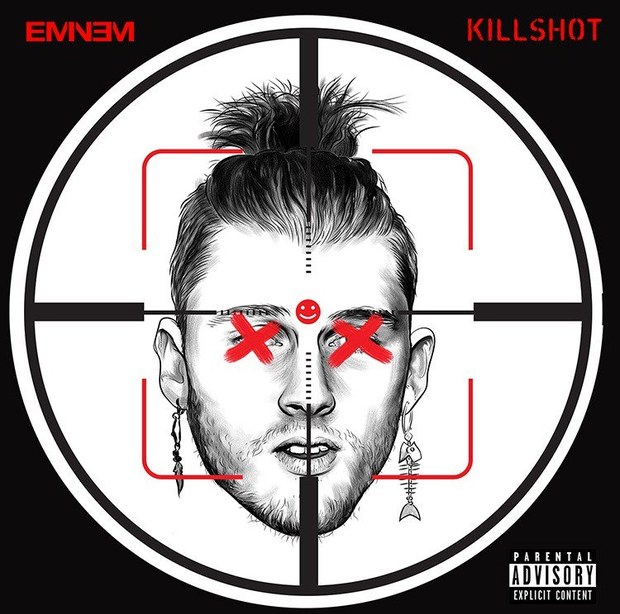 Eminem dissed Machine Gun Kelly on his “Kamikaze” song “Not Alike”. Machine Gun Kelly dissed Em back on “Rap Devil”, and now Slim Shady is dissing MGK once again on a respond track called “Killshot”, which has officially become the song EVERYBODY is talking about this weekend. If you haven’t heard it yet, you seriously need to get your life together. And here are some numbers to quickly realize how huge this song has become overnight. “Killshot” was released on Friday and as of of today (Sunday) it’s audio video on YouTube has been watched almost 50 million times. WHO’S DEAD? Machine Gun Kelly is. I really hope he doesn’t release another diss track. Because whatever he releases now won’t be able to match what Eminem has done in “Killshot”. This song had me shook. The lyrics are career-ending (for MGK that is), the flow is the dopest and the replay value is gigantic. And what’s the conclusion? That Machine Gun Kelly should lock himself at home for a few weeks or months. He’s been destroyed.

What else was to diss from Machine Gun Kelly that Eminem needed another diss track? Well, he dissed his hairstyle, he said he gave him a career in the first place so he can destroy something (LOL), Eminem mentioned his superior sales over MGK, he laughed at MGK signing to Bad Boy Records and compared him to Taylor Swift and Iggy Azalea, among other beautiful things.