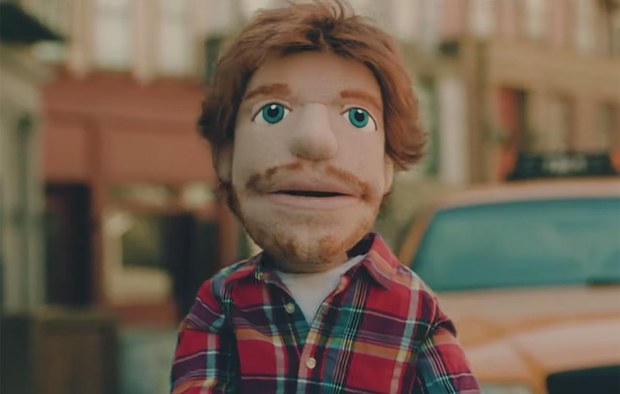 Ed Sheeran premiered yesterday the official music video for "Happier" on YouTube. "Happier" has been selected as the next and fifth single from the British singer-songwriter's "÷" (pronounced "Divide") album.

Directed by Emil Nava and shot in New York City, the "Happier" music video sees the return of Ed Sheeran's look-alike puppet, who made its debut appearance on Ed's "Sing" music video. Remember him?

Read the lyrics to "Happier" here

I'm personally not that of a fan of this puppet character. Are you?

For me this music video just feels lazy. Clearly, Ed wasn't up to shooting a proper music video for "Happier". He probably was too busy with his tour dates or just doesn't care about this era anymore.