Drake & Future - 'What A Time To Be Alive' [Album Lyrics] 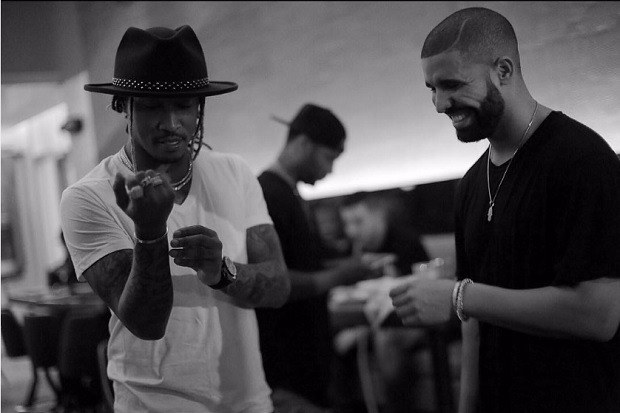 Earlier this Summer, Drake traveled out to Atlanta for six days to hit the studio with hometown native Future. The duo now gift fans with a listen to what they cooked up during their sessions with the release of a joint project entitled 'What A Time To Be Alive'. The much-anticipated release includes a total of eleven tracks and holds no guest features. Production is provided by the likes of Metro Boomin, Southside, 40, and others.

'What A Time To Be Alive' comes to a close with a solo track from Future entitled 'Jersey' and a solo freestyle from Drake called '30 For 30'. Before the release on iTunes, Drake premiered the project in its entirety by way of OVO Sound Radio on Apple's Beats 1 station.

'30 For 30' is a track that will catch the attention of fans more than the others. Drake fires off a couple subliminals directed at Meek Mill and also hints his next solo LP 'Views From The 6' will drop in January.

Check out the full lyrics for 'What A Time To Be Alive' below.

3. Live From The Gutter