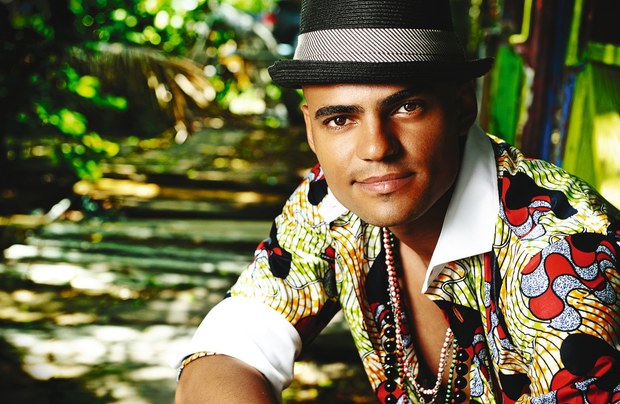 ‘It’s gonna be a bumpy ride’! That’s the catchy lyric that opened Mohombi the doors to international success back in 2010. The Swedish-Congolese singer scored a major monster hit in Europe, and even got a few club dancefloors torn up, with ‘Bumpy Ride’, his dancehall-reggae breakthrough single produced by RedOne. It was hitmaker producer RedOne the one that brought Mohombi to America and made of him the first signing to 2101 Records, his joint venture with Universal. Nowadays, the relationship between Mohombi and RedOne seems to have suffered severe damage, though, but that’s something you will have to read later in this blog post.

It’s been three years now since Mohombi’s first album, and is it time for him to release album #2? Yeah! ‘Universe’ is the name of the ‘MoveMeant’ follow-up. It will be released later in 2014 and the first single is the club banger ‘Movin’’. However, something’s changed in this new era, Mohombi is no longer signed to RedOne’s 2101 Records, but will be releasing all of his new music under his own label, La Clique Music (and he’s also being backed by Cash Money Records in the U.S – RedOne got Mohombi this deal when they were still together.)

DirectLyrics recently caught up with Mohombi for an EXCLUSIVE INTEVIEW where we covered pretty much everything. Beginnings, present, and future. During our discussion about his label status Mohombi’s described the time being signed to RedOne’s label ‘a bad experience’. And this made us immediately thought there must have been a serious fight between the two. But then we remembered Mohombi’s new single ‘Movin’’ is produced by RedOne..so… either the ‘confrontation’ occurred not too long ago, or ‘Movin’’ was recorded before the Mohombi-RedOne drama but RedOne still let Mohombi release the song. When inquired about whether there would be more RedOne-produced songs on ‘Universe’, we think we spotted a bit of shade. Read below his answer. Don’t miss this insightful interview!

I’d like to start by asking about your label status. Are you still on RedOne’s 2101 Records? Because it seems your new music is getting released under a new label, ‘La Clique Music’, which, if I’m not mistaken, is a new label launched by you. Update us!

Mohombi: My pleasure dear friend! You are correct. I am no longer with 2101 Records. I founded La Clique Music ten years ago with the vision of developing artists, songwriters and producers such as myself, and today we are a very productive independent record/Publishing label with promising talent and interesting acts in different genres. Letting someone else control my career was a huge risk and for me a bad experience. I have therefore came to the conclusion that the future belongs to the guy who has something to say about his tomorrow. Today I am a proud La Clique Music artist.

The first single from your upcoming second album 'Universe’, the club banger ’Movin’’, is produced by RedOne. How much of your new album has RedOne produced or is ‘Movin’’ the only song? / What are other producers that have helped you on the new album?

Mohombi: A part from 'Movin', the rest of my album “Universe” is produced by La Clique Producers and my very good friend and now #1 Producer Ilya Salmanzadeh. ( New from JLO, Adriana Grande)

Do you have fixed release date for ‘Universe’, before the summer ends maybe? And why did you name your second album ‘Universe’?

Mohombi:I have not yet set a release date as I plan to release every song as a single. I consider my world to be pretty big, like a universe in fact :) My constant is the joy for life itself, the sky studded with many stars, and every song is a planet you all are welcome to land on.

How would you describe the overall sound of ‘Universe’?

You released a long preview of ‘Movin’’ last November on YouTube, but the actual full song wasn’t made available until you released it on iTunes only last month, on June 2. And four days later you dropped the music video. Was there a particular reason fans had to wait seven months to listen to ‘Movin’’ in full?

Mohombi: We call it the Show Business. Unfortunately most people focus on the “business” rather than the “Show”… Pardon my french but the hold back was all about Politics & Bullshit. Heey, better late than never right ? we “movin” ON !

I like ‘Movin’’! It’s a great party record that I can definitely picture myself and my friends dancing to this summer. Why did you decide to release ‘Movin’’, over other new songs you had recorded, as first single? Did it just feel like the perfect song to put out right now or do you have special connection with it?

Mohombi: I love the energy that “Movin” processes. As soon as we wrote the song I was so eager to share it with my fans. Another reason is the strong relationship I have established with Cash Money records, which is something I am very proud of. Let’s say that Movin is the perfect take off for a long journey … or a long night !

You’ve just put another new song out, though. It’s ‘Summertime’. And it’s got a nice ‘throwback’ sound. Is this your official next single? If so, have you already thought about how you want the music video to be?

Mohombi: I am very fortunate to be surrounded with great music. My friends call me Boom-box because I come up with new stuff everyday.. “Summertime” was supposed to be the B-side of the “Movin” single. But considering the buzz, it looks like the Universe has bigger plans for it.

On your 2011 debut album ‘MoveMeant’ you had a collaborations with top artists such as: Akon, Nicole Scherzinger, Nelly and Pitbull. Can we expect any major collabs as well as on ‘Universe’?

Mohombi: Now that’s a question I will have to pass. I can’t give you all my acess. Just Like That..come on we just met (laughs)

How proud are you of your debut album ‘MoveMeant’ and what did it mean for you to release it with the support of a major group like Universal?

Mohombi: Movemeant was the fruit of 12 years of struggle. An album full of groovy, positive & joyful music. I am very proud of my first album and forever thankful to the people who participated in making it a WorldWide success. But to be honest, I am even more proud of my next album “Universe”.

Mohombi is not really an artist that is US-focused. You are everywhere! Canada, France, Spain, Romania, Sweden, Dubai, Morocco, among others. Did you always want it to be this way? And, is breaking the U.S something that's still on your to-do list or you're not that worried?

Mohombi: I am a Dancefloor Soldier on a mission: World Domination! I’ve travelled around the world to recruit. Today we are millions and still growing. Love is the Cause and Music is the weapon. It’s just a matter of time before we properly occupy the US. 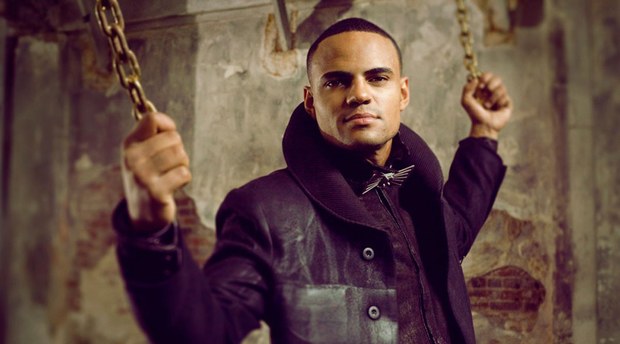 You have many fans in Spain and Latin America too. Will you be including a full Spanish song on your new album?

Mohombi: Amigo, I do music for the world! Of course I have a song in Spanish

In late 2013 Pitbull released his ‘Meltdown’ EP featuring five new songs. One of them was 'Sun in California' featuring you. Pitbull's song samples the chorus of 'I Don't Wannna Party Without You', a song that you had released on your own many months before that same year. How exactly did this happen? Did Pitbull's team contact you? Were you 100% OK with him using your song’s chorus?

Mohombi: Pitbull is a very good friend and a mentor that I have huge respect for. He called me up and said: “Papo, That PLAYB4CK track you did & featured on is the Bomb!!”. My answer was: “ Papo, I think it’s meant for you !!!”

Mohombi: My dream collaboration is with people or organisations that are actually doing something to make this world a better place for us all.

What are your Top 5 songs of the moment?

Mohombi: 'A part of You' by Didirck, 'Alive' by Nano, 'Used to be' by Mikaela Coco, 'Saturday Fight' by Fredrik Maple, 'Turn it up' by Mohombi

Where are you answering this Q&A from? And, what’s your day been like?

Mohombi: I ’m at the Hospital, looking after someone I love. It’s a though world but if you always put family first you will never end up alone.

What country that you haven’t performed in concert yet would you most want to visit soon and why?

Mohombi: I want to go everywhere I haven’t been yet

What advise would you give to those looking to build a career in the music industry in these times?

Mohombi: A very famous friend told me once that in this industry, Bullshit will always beat Talent… So my advise is: don't be a bullshiter !! But if you are talented , learn also how to Bullshit

Thank you so much for your time, Mohombi! Any last thing you would like to share with our readers at Direct Lyrics?

Mohombi:It is I who should say thank you ! And to you readers I say: Welcome to my UNIVERSE. One Love!