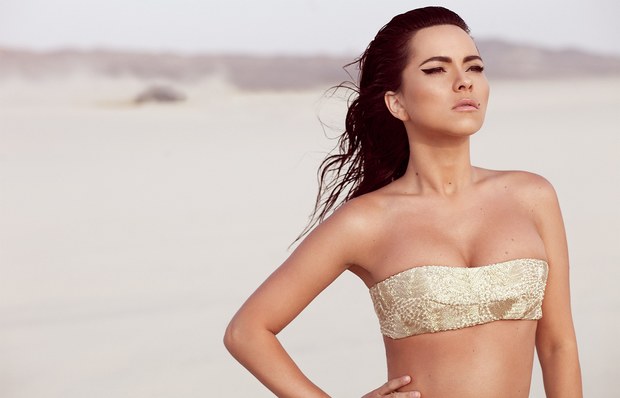 Romanian pop queen Inna is about to destroy our pitiful souls with a new monster, party-ready song. For those who don't know Inna yet (how dare you!), the beautiful brunette hailing from Mangala, Romania have taken the European charts by storm in the latest years with three studio albums, and several hits. Most of them vibrant, and catchy EDM songs. Inna's also expanding her dominions, most-recently finishing a tour in Mexico where her second album "I Am the Club Rocker" was a Top 10 hit in 2011.

What's next for Inna? Well, the U.S that is. She signed this year with Warner Music, and she's now part of the roster of Atlantic Records. And that means will soon be able to see Inna gracing the stages of 'Ellen', 'Letterman' or 'The Today Show'. She's currently working on her fourth album, and first single is the infectious, makes-you-wanna-dance "Cola Song". And this is getting 'pushed' all around the world, U.S included.

We recently caught up with Inna super quick (she was getting ready to get a flight to Miami from Romania) and she talked to us about her exciting new single (she's coming for that consecutive summer smash!), and shooting the music video in two cities, her new album (whose title may not end up being "LatINNA" after all), or working with Pitbull!

1. Hello Inna! 2014 kicked off with very exciting news for you. You are now signed to Warner Music/Atlantic Records. How happy are you with this deal?

This is amazing for me, almost surreal! It’s one of my biggest dreams fulfilled and I am very grateful for this. I know it’s a new step in my career, a new road with a lot of work, a new team from my record label. Something a girl from a small seaside town from Romania wished ever since she was a kid.

2. You have a new single called “Cola Song”, featuring Colombian reggaeton rapper JBalvin, coming out April 15th. From the preview posted online, “Cola Song” sounds very summery! How would you describe the song? And, how did the duet with JBalvin come about?

True, it’s a summery song, perfect for a long summer day at the beach and a crazy party at night with all your friends. I hope you will all enjoy it! I like it a lot.

And I’m also glad that I worked with J Balvin on this song, I appreciate him a lot. He is very talented, hard-working artist, I was listening to his music everywhere I was travelling in my Latin America tours and when I heard “Cola Song”, I knew this would be the perfect opportunity to work with J Balvin.

3. April 15th will see the audio release of “Cola Song”, but the premiere of its music video too! Where did you shoot this? And, describe for us the treatment of the video.

The video was shot both in Barcelona and Costa Rica, on the beach. The video was directed by John Perez, who has previously worked with Shakira, Rihanna, Beyonce, Jay-Z, Alicia Keys. We also worked together for my previous videos (“Caliente”, “In Your Eyes”, “WOW”). I feel that the video for “Cola Song” is one of my sexiest videos, it makes me feel good about myself, full of energy, ready for a long and beautiful summer and I hope all my Club Rockers will enjoy watching it, they will dance and have a good time listening to it.

4. You are releasing your fourth album “LatINNA” soon. Why did you decide to name the album that?

It’s not 100% decided yet if the name will be “latINNA”, but if so, I believe it strongly represents me in this moment. I feel latina, I am latina, everytime I travel to a Latin country, I feel I belong there.

5. Describe the sound of your new album. And, what sets it apart from your three previous studio releases?

It’s hard to say how this album is different from my previous three because the songs aren’t chosen yet, I’m still working on it, recording, participating in songwriting sessions. But I can tell that the songs I have recorded so far are very different, each one has its own flavour, a good energy, and I am thrilled about the collaborations from each of it in terms of songwriters, producers, and artists.

6. Most of your songs are in English, but you’ve also found a liking in singing in Spanish. How did that happen? Are you a lover of the language? Will there be Spanish-sung songs on “LatINNA” too?

I love Spanish language ever since I was a little girl, I learnt to speak watching on TV different soap operas and telenovelas. I learnt it quite easy because Romanian language is a Latin language, I was listening to Latin music so it’s part of who I am.

7. We know there is a song on the new album called “Good Time” with Pitbull. And this isn’t the first time you've worked with him. You had a song together called “All the Things" on his "Meltdown" EP. How amazing is “Good Time”?

It’s really different from all the songs I have released so far. It has a good vibe, it’s special, I’ve danced like crazy for 8-9 days with my choreographer to learn the routine for my lyric video. It’s written by Thomas Troelsen, who has also written “More than Friends” for me and “Ole Ola” for Pitbull and Jennifer Lopez.

8. Will there be other collaborations on “LatINNA” besides those with JBalvin and Pitbull? How many songs will there be in the final tracklisting?

I don’t know yet. But I think I will have some other collaborations, but I don’t know exactly how many. I'm still working on this.

9. Your debut album “Hot” was a chart success across Europe in 2009. Did you feel the pressure of not suffering the so-called ‘second album syndrome’ with “I Am the Club Rocker" in 2011? How satisfied are you with the performance of your second album?

My first album was successful because it sounded different from what was on the market then, the so called “popcorn music”. The second album “Club Rocker” was quite good, I had at least one or two songs that are close to my heart, special such as “Endless”, a song which is part of a social campaign I have developed to help women who are victims of domestic violence or “Club Rocker” because it was a featuring with Flo-Rida and because it’s like an anthem for my fanbase of club rockers.

10.“I Am the Club Rocker" charted really well in Mexico, and that Mexican success continued with “Party Never Ends”. What has it meant for you expanding your ‘music dominion’ to a far land like Mexico?

Incredible! My experience with Mexico in the beginning and with Latin America afterwards was and it still is one of the greatest steps in my career, important moment in my life too. I’m feeling loved everytime I’m there, each time I read a message from my fans out there. It’s love, it’s music, beautiful souls together, sold out concerts, amazing moments, spending my birthday on stage with them twice. 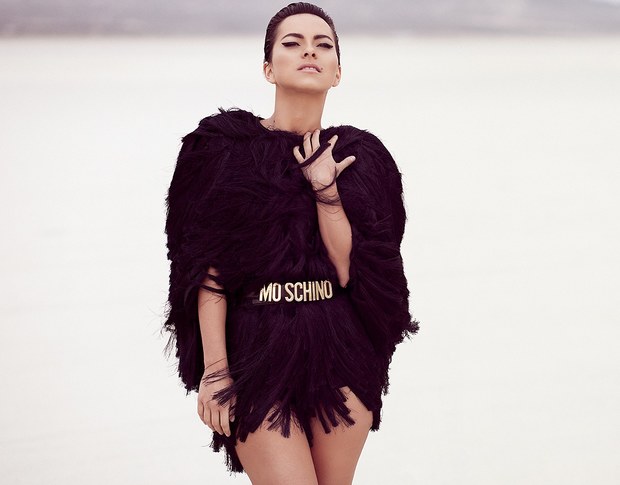 11.You have so many singles out (we count 17!), and you only started your career like five years ago. I know it’s a very difficult task but, what are your Top 5 favourite songs of your career so far? And, briefly describe what each of these five songs signified for you.

'Sun is Up' – It was a really big song, after Hot! Huge hit in France, Turkey, Spain, Bulgaria, big on YouTube.

'More than Friends' – It was crazy, it went really well in a lot of countries, on the radio, on YouTube and of course, it was important for me because Daddy Yankee was on this song.

'In Your Eyes' – I love it from the very first moment I heard it. It’s catchy, funny, sexy, I love to dance on it, I loved the video and of course, I am really happy Yandel accepted to be part of it. Such an honour!

'Hot' – Because it was my first song from the project INNA, because it helped me a lot and it took me to this great journey.

'Cola Song' – It’s fresh, summery, it’s my latest single, my first one released with Atlantic Records and a feature with J Balvin.

12. We see you have a very busy schedule ahead with your 2014 summer tour. What is the most fun part of travelling all around the world?

Having fun with my team, meeting my fans, visiting different places!

13.We read many years ago you tried to represent Romania in the Eurovision Song Contest but ultimately things didn't work out. Would you definitely rule out a new attempt at Eurovision in the future? (Many of your Romanian fans think you could win for your country!)

Since I started the “INNA” project I haven't try to participate in Eurovision and for sure, this wouldn’t be possible in the near future, my schedule is pretty tight, this contest needs a lot of time involved and a lot of promo activities, rehearsals and I have to stay focused on my tours and studio sessions, and concerts.

John Legend – All of Me

15.If you could choose any singer to record a collaboration with… Who would it be? Why? And how would the song sound like?

Well, I appreciate Pink ever since I was little so I would like to record a song with her. And about the sound...a crazy one, with personality!

16.Thank you very much for your time, Inna! Best of luck with “Cola Song” and all your new projects! Any last thing you would like to share with our readers at Direct Lyrics?

Thank you so much for your words and support! And I hope you enjoy my music and my next projects! Good luck to you too!