Did Will.I.Am Play Down Fergie’s Role In The Black Eyed Peas? / Confirms She’s OUT! 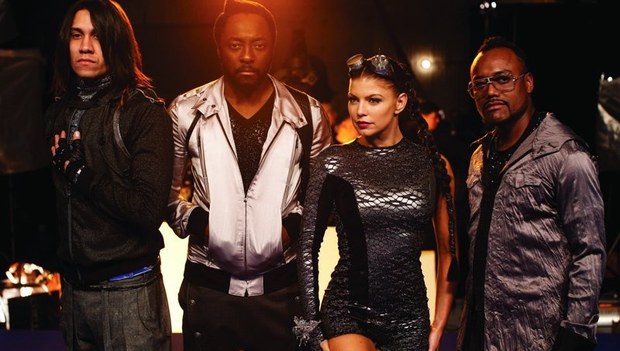 So will.i.am just confirmed what we all knew already, the rumor had been out for a long while, that Fergie is in fact no longer an official member of The Black Eyed Peas. He just gave an exclusive statement to this online magazine called AHLAN! as part of an interview about their upcoming 2017 UEFA Champions League Final opening ceremony performance on Saturday, and what will.i.am revealed, it was very straightforward information.

In summary, he said that Fergie is currently focusing on her new studio album as a solo artist, that she has her new label now, that she's no longer recording with them, but that he wishes her nothing but happiness. But also I kind of understood from his statement that the Black Eyed Peas have worked on some kind of level on her new album? Or was he referring to her first album? This was the only confusing point for me.

But then the ugly part came. will.i.am kind of played down the role of Fergie in the Black Eyed Peas. This was when the interviewer asked about the "replacement" for Fergie. Will.i.am said that throughout the history of the Black Eyed Peas they have always had females features on their music and that it was by some sort of "chance" almost that Fergie did so much continuous work for the Black Eyed Peas. That's the feeling that his statement left on me; that Fergie should be really grateful for all of the time the guys allowed her to spend with them. He then mentioned all of the females that have worked with the Black Eyed Peas throughout the years, in attempt it seemed to make his remark clearer that in some way apparently he never considered Fergie an "official" BEP member, but more than "female feature" the rest of the "true" band really got along with - for a long time. I didn't really care for the way will.i.am expressed himself in this interview... I hope it wasn't his intention to give this "vibe".

Also, when asked about the rumors about Nicole Scherzinger allegedly "replacing" Fergie for a full-time job, he said that basically it wasn't true but that Nicole was indeed "involved" on the Black Eyed Peas new project but that he wouldn't comment on it any further. So she's featured on a couple of songs and that's it...?

So there you go, the Black Eyed Peas are moving on as a trio, an all male trio, like it was originally, and the female quota will come in the form of one-off collaborations with female singers - what apparently Fergie meant for them.

“Since the beginning of Black Eyed Peas, we’ve always had amazing vocalists that appeared on the mic with us. People like Macy Gray, Esthero, Debi Nova, Fergie. On Elephunk, there were several females that appeared on that album,” will.i.am said in a new interview with Ahlan. “Obviously Fergie was the featured female, but on songs like ‘Lets Get it Started,’ it’s Noelle (Scaggs), and then Fergie, songs like ‘Latin Girls,’ it’s Debi Nova, and ‘Request Line,’ it’s Macy Gray. We’ll always work with good females.”

“As for replacing, what people know The Black Eyed Peas to be, nobody is replacing Fergie,” he said. “She’s working on her solo project at the moment, we’re on this brand-new experience, celebrating 20 years of Black Eyed Peas putting out music. We worked on a bunch of songs on her solo record, we’re proud that she has her label, but Black Eyed Peas are pushing it forward in terms of content, technology and experiences on our new project, Masters of the Sun.”

"Nicole is on the new BEP project as well,” said will.i.am. “I don’t want to go into details how she’s involved yet,” he added.

And by the way, I don't want to be no hater but I don't know why will.i.am sounds so excited about the future of the new Black Eyed Peas music. I mean, we all know that they are going to either flop or just not be as popular as in the time Fergie were with them.

Remember the last song will.i.am put out only earlier this year? *rolls eyes*