Coldplay Unleash "All I Can Think About You" Studio Version: Listen Now! 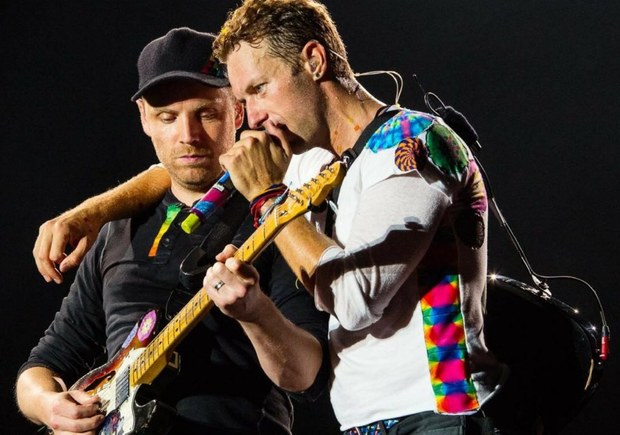 The digital release of Coldplay’s “Kaleidoscope” EP is around the corner (it will be out on July 14), so the Chris Martin-led British band have decided to release a new “countdown single”. “All I Can Think About You” was released on iTunes on Friday morning. The song can also be streamed free of charge and unlimitedly using the official audio video uploaded on YouTube.

With the release of “All I Can Think About You”, “Aliens” becomes the last song we’ve yet to hear from the “Kaleidoscope” EP. Will Coldplay release “Aliens” as “countdown single” before July 14? I hope not. Otherwise there won’t be any point buying the EP as a whole in the end. And check this out: the digital release of “Kaleidoscope” is July 14, but it won’t be out in physical and vinyl versions until August 4! Whaaaaaat!? Who thought of this “strategy”? It’s dumb. It’s obvious that the digital EP won’t sell, for pretty much all of the songs included have been released already, and at least for me vinyl would have been the only desirable option to purchase. But to wait till August? No thank you anymore.

“All I Can Think About You” is giving me “Clocks”, “Atlas”, “O”, and “Hurts Like Heaven” vibes all at the same time. It’s a piano-driven mystical ballad.