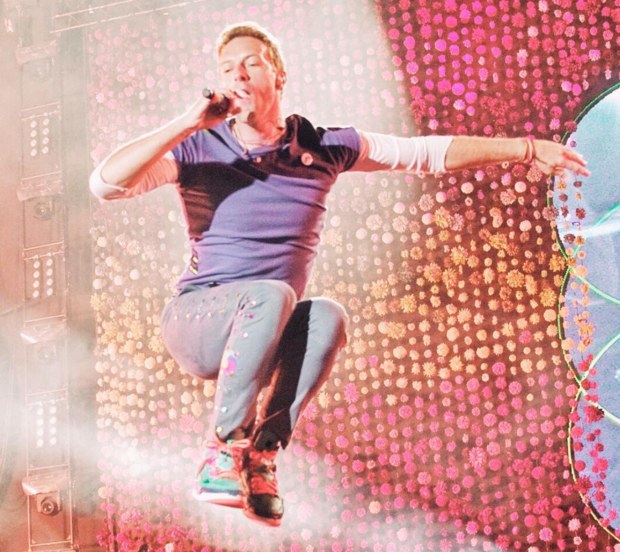 Coldplay performed a massive concert in Buenos Aires, Argentina last night, November 14, as part of their about-to-finish South American leg of their "A Head Full of Dreams World Tour". Over 50,000 people watched Chris Martin and the rest of the British rock band perform the singles from their latesr studio album as well as several of their most popular songs ever. However, what truly made this Coldplay concert special for the Argentine fans was the surprise cover Coldplay added to the setlist. And it wasn't a song cover of a random English-speaking music star, it was a Spanish-sung cover of "Musica Ligera", probably the most well known hit of Argentina's Soda Stereo, one of the biggest rock bands in the Spanish music world of all times. You could tell what this song means for the entire Argentine people as they sang, to top of their lungs, to the lyrics of "Musica Ligera" - leaving any viewer of the YouTube video below speechless and moved.

Bravo to Coldplay for making history in some way last night in Argentina and bravo to Chris Martin for daring to sing in Spanish the entire song and doing a fairly decent job with the pronunciation. You could tell he didn't want to disappoint the fans in the Stadium of the City of La Plata.