Cascada Will Represent Germany at Eurovision Song Contest 2013 With "Glorious" 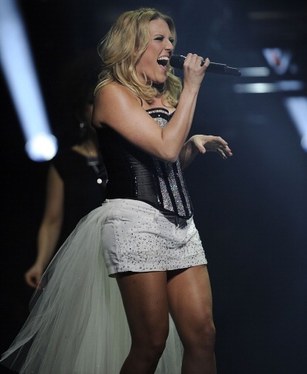 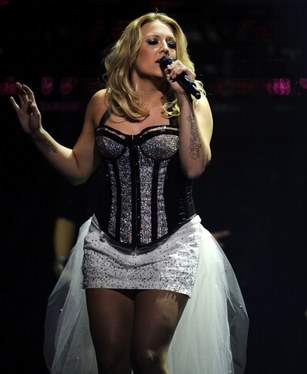 It's Cascada's time to shine at Eurovision! The German dance act, led by Natalie Horler, won the honor to represent Germany at the upcoming 2013 Eurovision Song Contest - to be held in the city of Malmo, Sweden on May 18 - with the clubby, uplifting euro-dance track "Glorious" when 'they' (although all the merit goes to Natalie) were proclaimed triumphant by the ovearall vote count at the TV special "Unser Song für Malmö 2013" (Our Star for Malmo 2013) broadcasted by the German national network on February 14!

Natalie Horler may not be the best singer in the world, but she did deliver an almost flawless vocal display on Thursday night at "Unser Song für Malmö 2013". Looking radiant in a sparkly two-piece ensemble, the Cascada frontwoman impressed and won the people of Germany's favour to represent them all at the 2013 Eurovision Song Contest. Natalie's performance was very solid, and I'm glad she decided to focus all her energy in the vocals, as she sang the dance track standing all the time on top of a stair platform, barely moving. She was accompanied on stage by two female back-up singers. Good luck now! Not really heard the other contestants of this year's Eurovision, but "Glorious" has chances for a Top 10 result, for sure.

Yet there was someone who overshadowed Cascada that night...Loreen!