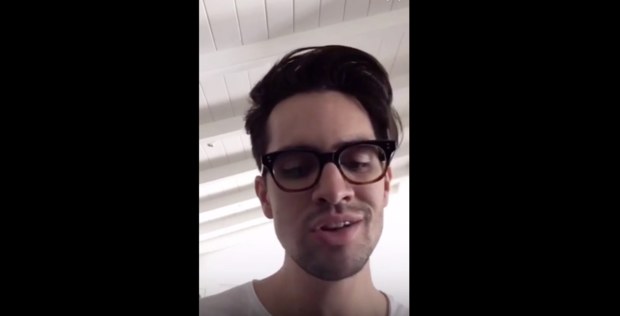 Brendon Urie of Panic! at the Disco is obsessed with Halsey and her debut album “Badlands”.

He went live on Periscope a few days ago and he performed there an acoustic rendition of the Halsey hit “New Americana” (obsession proved). With the camera lens focused on his face, Brendon BELTED the “legal marijuana” anthem song as he played the piano.

Watch the epic performance below:

Who knew Brendon was so picky when it came to his covers? Wo-ah at the moment at 0:32 in the video when he STOPPED his entire performance to correct a lyric he screwed up, and a note he was apparently singing wrong.

Overall, terrific work and no doubt Panic! at the Disco, aka. Brendon, and Halsey should record something SOON!