Brendon Urie of Panic! at the Disco Gives The Performance Of His Life With “Victorious” On “Ellen”: Watch 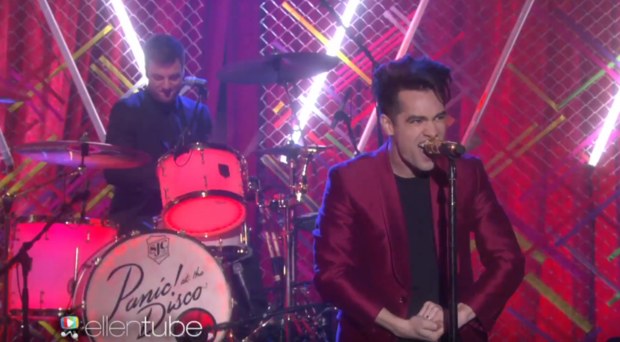 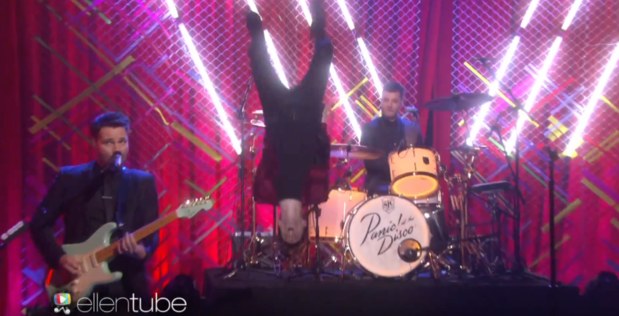 Was this live!? Seriously!? Brendon Urie’s got some major pipes then, and a great physique too.

Panic! At the Disco performed their latest single “Victorious” – taken from their #1 album “Death of a Bachelor” - on “The Ellen DeGeneres Show” yesterday, February 5th, and they killed it – well…. Brendon Urie killed it. The frontman of the band assassinated that stage. He sang 100% live; vocals were on point throughout the entire performance – despite him dancing and moving all around, jumping up and down, and even doing a freaking backflip! – and he definitely kept the audience in the studio entertained – he would approach them at some point.

Like, seriously. I can’t believe he was able to finish that performance. I would have been out of breath halfway. This literally is to me Brendon’s best performance on television to date. It was that slaying good.

By the way, nice move from Panic!’s label to have booked them an ‘Ellen’ gig. It was excellent exposure for them. Certainly getting a #1 debut with their new album must’ve made things easier for them. I’m sure their label will be even more supportive of them now.