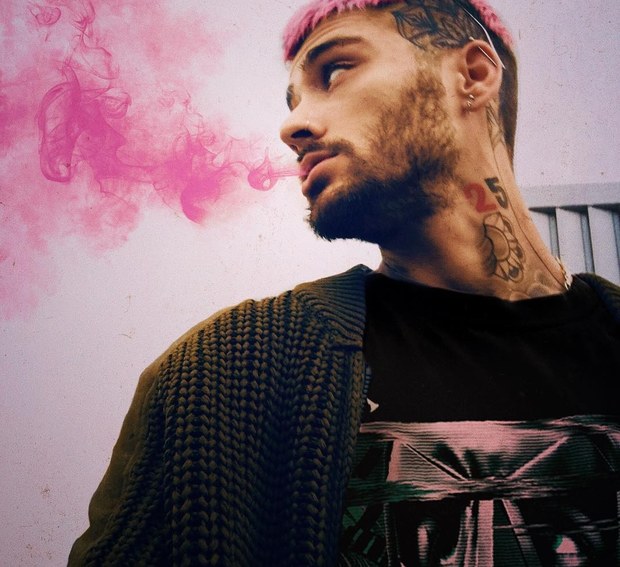 Zayn's much-anticipated and much-delayed second solo album will be released on December 14th, DirectLyrics can confirm. The album is titled "Icarus Falls" and it will include 27 tracks in total.

All this information "leaked" when RCA Records put up a new Zayn song called "Rainberry" on digital platforms. The song was released at Thursday midnight (Nov. 29) local time everywhere. So almost immediately a New Zealand reader of DirectLyrics sent us the iTunes link to the song but to our surprise that song page was linked to an album page, and that's when we discovered "Icarus Falls". Sorry we screwed up with Zayn's big announcement plan. But we had to share this immediately.

Here's a stream of "Rainberry" (might not work where you live just yet - wait till Friday).

Here's a screenshot of the "Icarus Falls" album iTunes page. 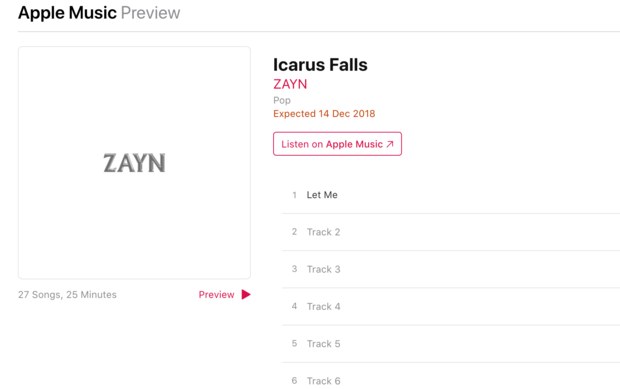 See it for yourself here.

Album pre-order will commence shortly. But first let's comment on this 27-song tracklist!? Wow. Zayn is going to compensate us for the long wait for album #2 BIG TIME and I'm so excited!!!