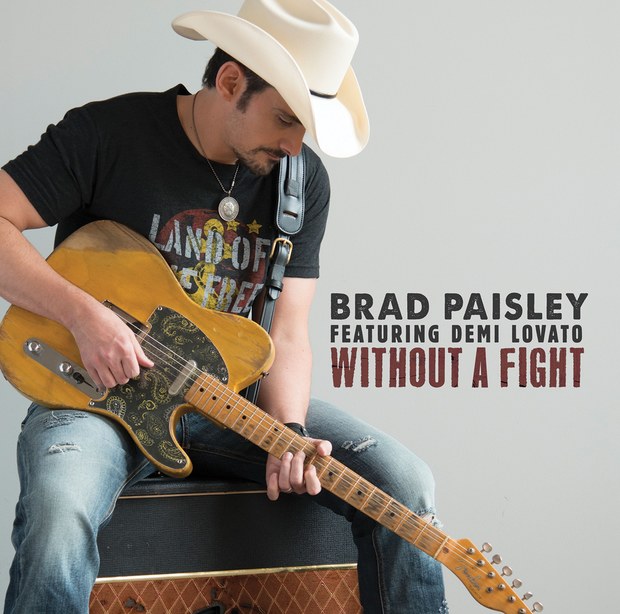 This is a collaboration I never expected to happen! Super surprised about it!

Brad Paisley released today (May 13th) his new single "Without A Fight" and it is a collaboration with pop star Demi Lovato! And it's not Brad doing a pop crossover here, it's the other way around! Ever wondered how Demi would sound singing a country song? Well, wonder no more! This is your chance to experience it!

"Without A Fight", co-written by Lee Thomas Miller, Kelley Lovelace and Mr. Brad Paisley himself, is Brad's lead single from his forthcoming eleventh studio album (and follow-up to 2014's "Moonshine in the Trunk") that will be released later in 2016 via Sony Music Entertainment.

This upbeat country tune speaks about a very peculiar scenario; one where a couple feels right when they fight each other all the time. Say what!? "The madder you make me, the more I want you", sings Brad in his new single. Oh boy! Well, whatever works for you I guess...