Brad Paisley & Demi Lovato Perform Their Country Jam "Without A Fight" Live On TV For The First Time! [VIDEO] 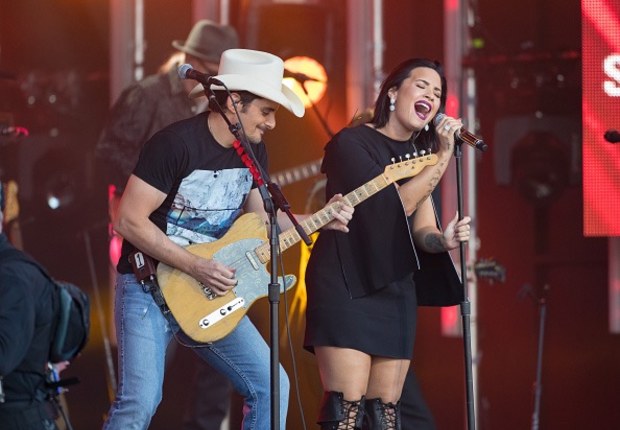 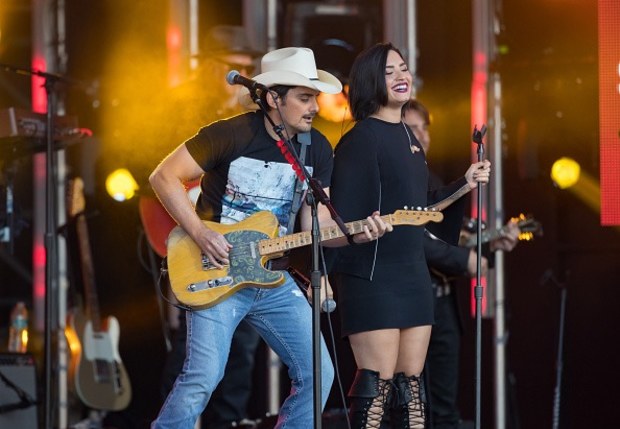 Two weeks ago I talked you about a collaboration recorded by country star Brad Paisley and pop star Demi Lovato titled “Without A Fight” that they released on iTunes, and well, last night (May 24), both singers offered the first live performance of the song - which will appear on Brad’s forthcoming eleventh studio album, due in stores later in 2016 via Sony Music, on ABC’s “Jimmy Kimmel Live” at an outdoors stage outside of the show’s L.A studios.

Brad, wearing a simple t-shirt and blue jeans look with his signature cowboy hat, and Demi, making quite a bit of a contrast with a sophisticated and sexy black ensemble, both proceed to offer a sweet live performance of “Without A Fight”. Demi particularly looked super comfortable singing in the country genre, as if she had done it many times before.

Maybe Demi should think of doing a reverse Taylor Swift strategy. That is, instead of going from country to pop, she should do the opposite Taylor did and next release a full country album or a single. Can you imagine? Who knows if slays doing country music and gets her first Billboard Hot 100 number one with it? That’d be historic.

By the way, I liked everything about Brad and Demi’s performance last night, except for Demi’s outfit. I mean, she looked fierce in it, but maybe a different, more “humble” outfit would have looked better for a country performance of this kind.