Beyoncé & LeToya Luckket Are COOL, This Photo Proves It! 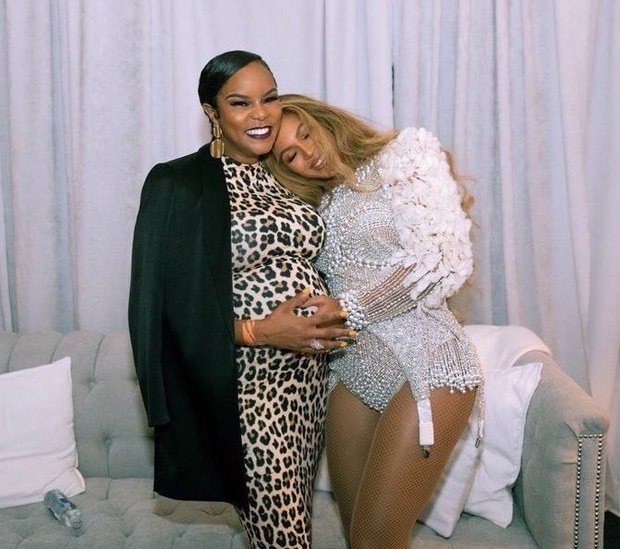 Beyoncé reunited with LeToya Luckket (the founding Destiny’s Child member who was fired around 1999) backstage at the Arlington, Texas concert of the “On The Run 2 Tour” last night (Sept. 11). The sweet picture shared on social media sees Beyoncé, in one of her tour outfits, hugging a heavily pregnant LeToya. Both women have big smiles on their faces (like it was a long overdue moment this reunion for them)!

Beyoncé and LeToya Luckett reunited at ‘On The Run II Tour.’ ???? pic.twitter.com/TS21Eg0dzw

But… I totally recall Beyoncé saying once that Destiny’s Child (when it was in its final 3-girl version) was perfect as it was (with her, Michalle and Kelly) – throwing a little shade at the “problematic” previous members. I must assume Beyoncé and LeToya resolved their differences ever since that comment and that that was the reason this reunion last night could take place without any awkwardness.

So is there still hope for a Destiny’s Child ALL MEMBERS reunion?