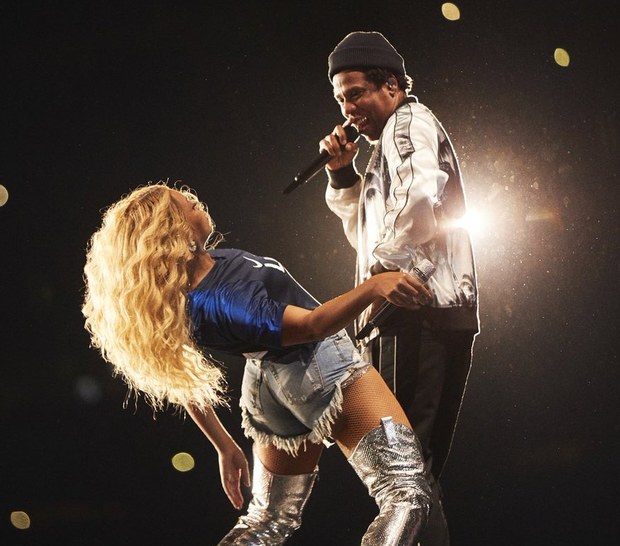 At the second and last show at the Stade de France in Paris, and on the day the French national soccer team won the 2018 FIFA World Cup (July 15), Beyoncé and Jay Z delivered the first live performance of their song “Apeshit”, which is the first single from their recently-released surprise joint album “Everything is Love”. Quick reminder: The music video for “Apeshit” was shot at the Louvre in Paris, so it was more than appropriate that Beyoncé and Jay Z gave the first performance of this song on French soil.

The “Apeshit” performance at the Stade de France on Sunday was the last of the concert (so it came after “Forever Young” I must deduce...).

Now the question is: will Beyoncé and Jay Z officially add “Apeshit” to the “On The Run 2 Tour” setlist or will this Paris debut be a one-time thing? What do you think? Next concert is tomorrow, July 17, in Nice, France. We will find out there!

Read the lyrics to "Apeshit" here