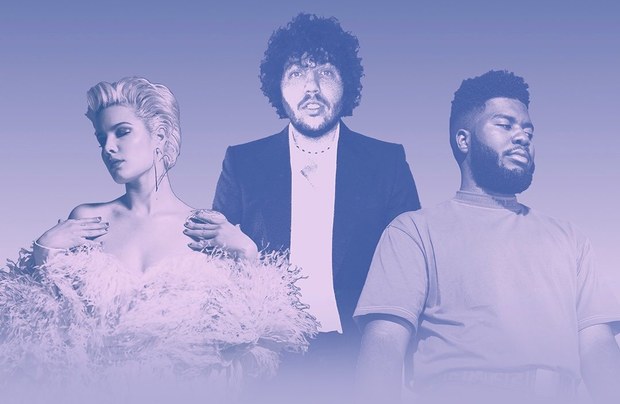 American songwriter and producer Benny Blanco has helped created some of the most amazing hits in pop history of the last decade. Some examples are: Katy Perry’s “Teenage Dream”, Maroon 5’s “Moves Like Jagger”, Justin Bieber’s “Love Yourself” or Julia Michale’s “Issues”, among many others. Now Benny is stepping into spotlight by launching his career as an “artist”. He’s signed a deal with Interscope Records to develop this new chapter of his life.

Benny Blanco’s debut single is “Eastside” featuring Halsey and Khalid, which was released on digital platforms over the last weekend. 4 days after the official release, “Eastside” is holding steady within the Top 25 of iTunes USA. And that’s quite a positive result for the single thus far. Surely when the official music video premieres and the first TV performances come, “Eastside” will climb to higher positions on iTunes and even get a great peak position on the Billboard Hot 100. But we can say now without any doubt that Benny Blanco’s artist career has started off on the right foot.

“She used to meet me on the Eastside / In the city where the sun don't set / And every day you know that we ride / Through the backstreets of a blue Corvette / Baby, you know I just wanna leave tonight / We can go anywhere we want”, sings Khalid in the first chorus of this teen love story-themed song that is “Eastside”. Halsey will take over the second chorus repeating the same lyrics but just changing the female pronoun to male.

My verdict: This is one great song and Benny couldn’t have found two more perfect singers to sing it!

Read the lyrics to "Eastside" here