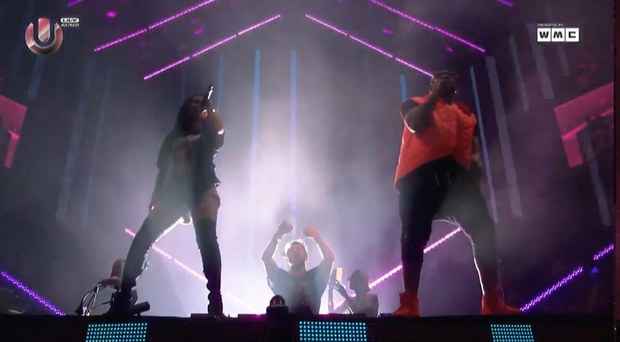 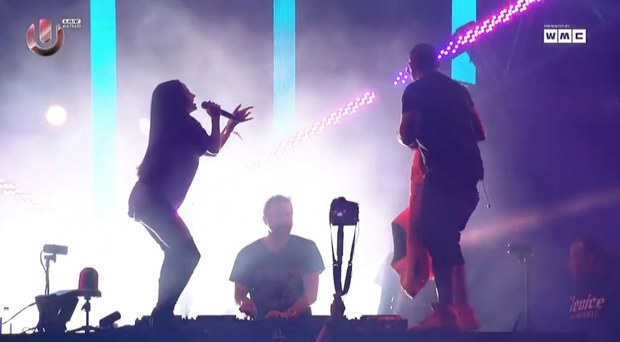 David Guetta performed a headlining set last night (March 25) at the Ultra Festival 2018 in Miami. But he wasn’t all alone during the entirety of his gig, for the French DJ invited Becky G and Sean Paul on stage at one point so the three of them could perform their current collaboration “Mad Love” for the Ultra crowd, and for the thousands watching the festival from home via the live online stream.

Despite not being on the Top 100 on iTunes presently, “Mad Love” has so far garnered over 11 million views for its music video on YouTube and the song has been listened to over 28 million times on Spotify. So it is a hit no matter what.

Last night’s performance of “Mad Love” at Ultra looked epic. Becky G gave her all, the beat hit hard via the festival speakers, and the crowd was definitely feeling and loving the energy. I have no doubt all of them went home with the “watch the tempo!” line stuck in their heads. And that is going to mean a lot more plays on Spotify and Apple Music (i.e more money) for David Guetta, Sean Paul and Becky G.