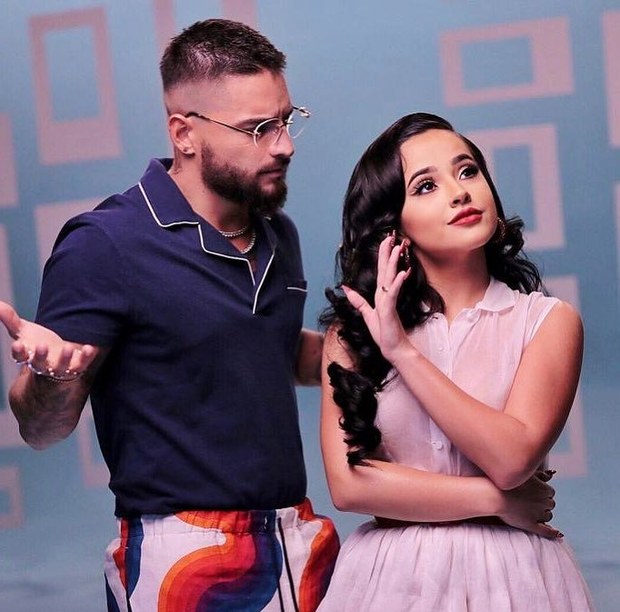 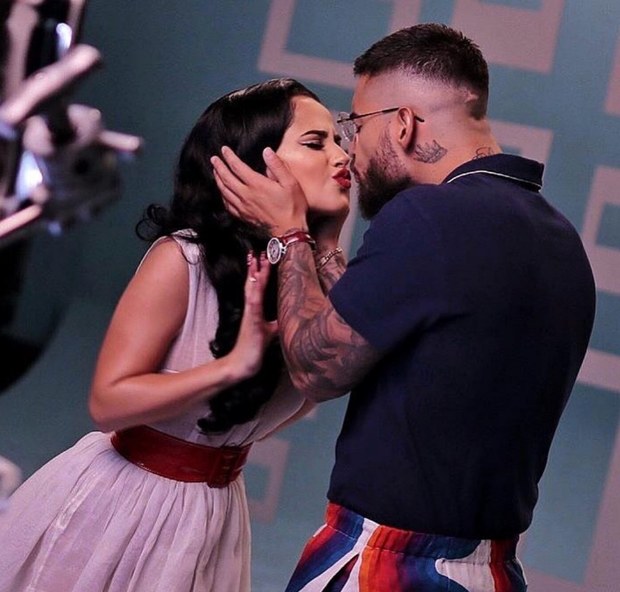 Becky G and Maluma revealed last night (March 14) via simultaneous posts on Instagram that they have a song together coming out. When? That's no yet confirmed but my bet is next week or the last week of March. Do we have a title? Not yet either. But the title may be hidden or can be deduced from their post captions...

Then Becky B "replied" back with:

This technically won't be Becky G and Maluma's "first" collaboration since Becky G assisted the Colombian hottie on his "Mala Mia" remix but this WILL be their first original song together. It will definitely sound more cohesive than that remix they did. This time I'm sure they went to the studio together.

I have no doubt their song will be in Spanish. Becky G and Maluma have been KILLING IT on the Latin charts for a while now and it would be foolish for an English song or even a Spanglish song (I know she's still trying but Becky G has to accept the fact that she will never be successful singing in English again).

I really hope they don't disappoint, y'all. I want the song to be something I can dance and lose my morality to on the dance floor. It better be reggaeton, it better be sexy and it better have a catchy chorus.