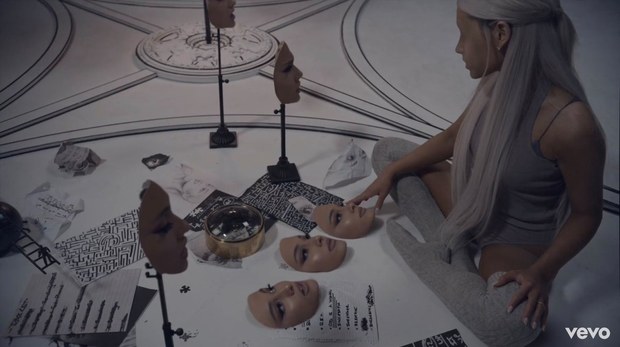 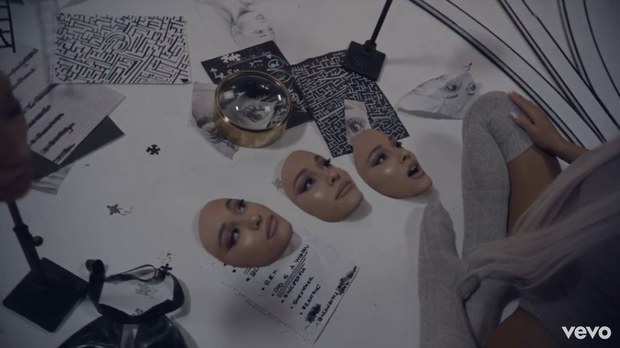 Ariana Grande had a hidden surprise for us in her "No Tears Left To Cry" music video that she premiered today on YouTube. In one scene where the pop singer is seen sitting on the floor and masks of her real face decorate the room, you will be able to spot a couple of paper sheets lying around and those sheets will include apparently the tracklist of Ariana's upcoming fourth studio album. The word "tracklist" can be perfectly seen on one of those sheets. It's was a tad difficult to make out all of the song titles because some of them are crossed out but from what I have been able to figure out, the tracklist would be something like this.

Oh my gosh! If Ariana Grande titles her new album "God Is A Woman" my wig will be officially snatched! That would be one awesome title.

I really wouldn't see the point for her to include a false tracklist in this music video scene so I totally believe this is the real deal. Hopefully soon we'll be able to find out what the rest of song titles that I couldn't figured out are.

Oh, and I see Ariana has taken a liking at keeping her tracklists relatively short!