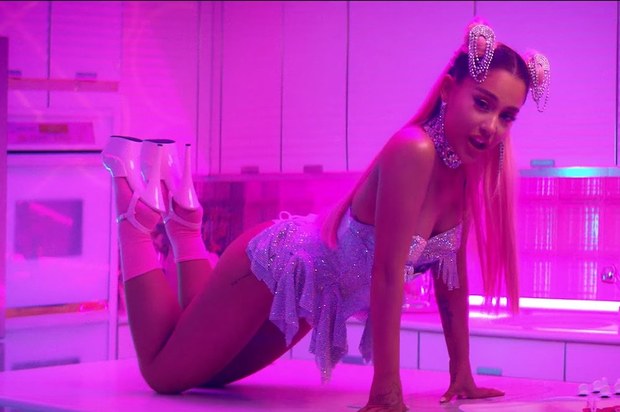 The much-anticipated new Ariana Grande single "7 Rings" was officially released on digital platforms last night. And it didn't come alone, for its music video premiered at the very same time on YouTube (Ari wants that new #1 debut on the Hot 100 at all costs!).

To put it simply, "7 Rings" is a TUNE. It screams "smash hit" so loudly. I mean, even if for some crazy reason this doesn't go to number one on the first week, it will eventually.

"7 Rings" is hip hop-influenced, it's catchy, it's easy to LOVE on the first listen, it was written and inspired by Ari buying matching rings her and 6 of her friends after she called off her engagement to Pete Davidson, and it's just an anthem for those who love to brag about all the money they have and the luxuries they posses or are able to get (not my case but a boy can dream and live his fantasy, right? lol) for the mere fact that they CAN (yassss). It's also about Ariana sharing advise that a little retail therapy can help you push through when you're feeling totally down - in her case, after calling off her much-public engagement.

And what a about the music video? It's just so perfect too! Watching this has made me realize I've throwing house parties wrong this entire time!

"7 Rings" will be included on Ariana Grande's upcoming fifth studio album "Thank U, Next", which is expected to arrive in stores before the kick-off of her new world tour in March.