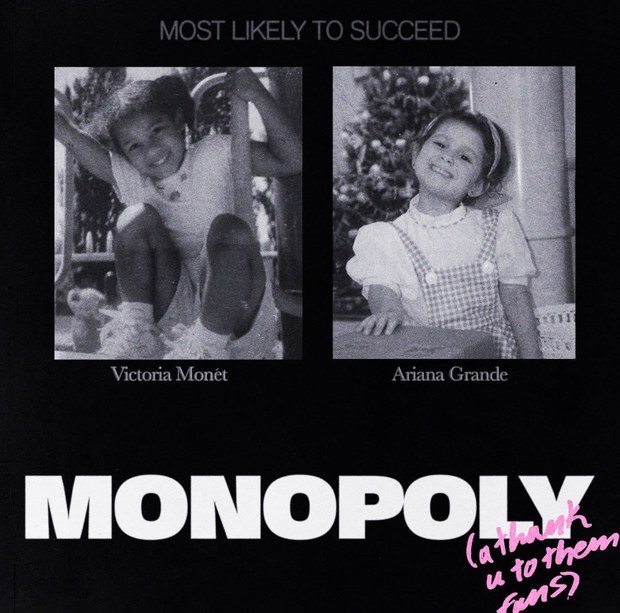 This is not an April Fools’ Day joke. Ariana Grande actually released a new song today (April 1). Entitled “Monopoly”, and featuring her bestie Victoria Monét, the track was recorded during the first dates of Ariana's “Sweetener” tour.

The song has a trap beat and lyrics about not caring about an ex at all, Ariana possibly coming out as a bisexual, and encouragement for people who are striving to get rich as the winner of a monopoly game.

The music video is extra cute too.

ariana motherfucking grande did you just come out

UPDATE: See what Victoria just said on Instagram. Is this confirmation!?

.@VictoriaMonet confirms that @ArianaGrande came out as Bisexual in their new song “Monopoly” while replying to a fan via Instagram! ?????????? pic.twitter.com/G7bXjojquG