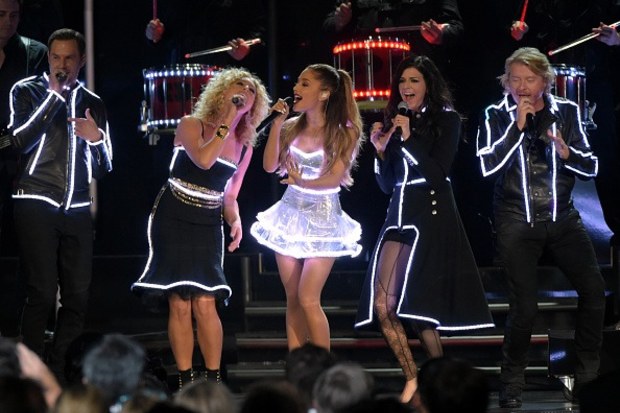 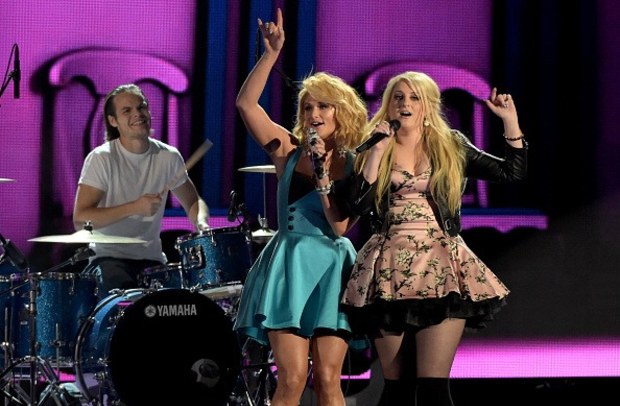 The 48th annual CMA Awards were held at the Bridgestone Arena on Wednesday, November 5th, 2014 in Nashville, Tennessee. Brad Paisley and Carrie Underwood hosted this year’s awards (again) that saw Luke Bryan take home the accolade of “Entertainer of the Year”. The ceremony was filled with country performances but SHOCK came when it was revealed that CMA organizers had invited POP stars Ariana Grande and Meghan Trainor to perform their current big hits. True they were accompanied by country acts - so the performances couldn’t be entirely labeled as “pop” – but come on…what were they doing there? Were CMA organizers worried that this year’s show would plummet in ratings due to the no-presence of Taylor Swift?

Whatever the case, they did invite Ariana and Meghan to apparently “save” the show. Ariana Grande performed with Little Big Town the pop smash “Bang Bang” while Meghan Trainor duetted with Miranda Lambert to do “All About That Bass”.

The best COUNTRY performance of the night, though, was that of Carrie Underwood. She performed “Something in the Water” (was this the first time she sang the song live? I think so…) and she absolutely slayed. Her vocals are just out of this world perfect. 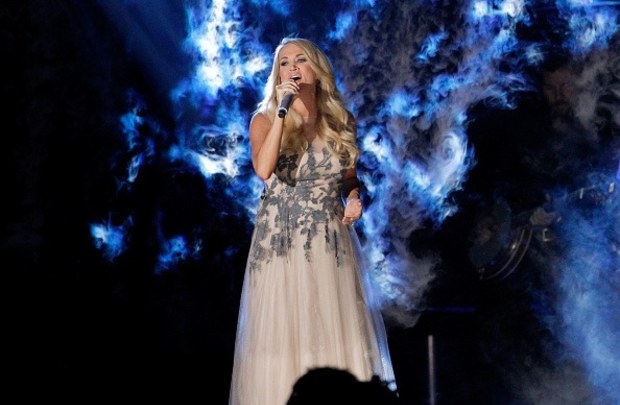