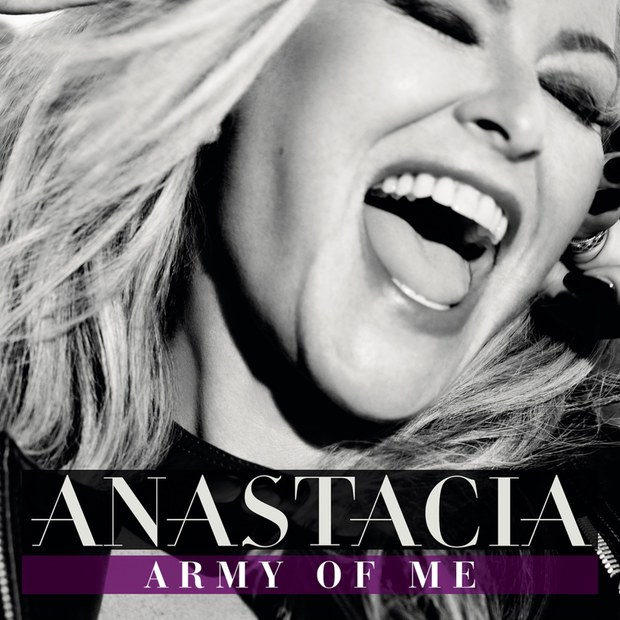 Some believed she was over and then boom! last year she released a new studio album titled “Resurrection” that contained one of the best singles of her career, “Stupid Little Things”, on top of many other songs of huge quality. Now, a year later, the Chicago singer is ready to give fans her second greatest hits compilation. Titled “Ultimate Collection”, this album will be released on November 6th with the help of Sony Music.

As many artists do, Anastacia has decided to include in the “Ultimate Collection” album a couple of new songs to convince those fans hesitating about buying this new compilation too. Anastacia’s last ‘greatest hits’ disc, “Pieces of A Dream”, was released 10 years ago.

“Take This Chance”, one of the two new songs on “Ultimate Collection”, was released last month as the official first single. This ballad, besides being super heart-warming thanks to its message about personal growth, demonstrated that 47-year-old Anastacia still kept her powerful innate voice intact.

Today, October 26th, Anastacia premiered the last new song. The one left is titled “Army of Me”. And, lord have mercy, why the heck did she not pick this song as the first single!? “Army of Me” is Anastacia at her best level. It reminds me a lot to the Anastacia from her prime days - those from the early 2000s with hits such as “I’m Outta Love” or “Left Outside Alone”.

In this empowering song, which possesses a super powerful crescendo in its chorus, Anastacia warns her ex that she will not remain immobile and that she will seek revenge for all the hurting he caused her while they were still going out. Anastacia says in “Army of Me” that he may have broken her in pieces but that now those pieces are her army and that together they will make him pay. “One of me is wiser / One of me is stronger / One of me is a fighter”, sings Anastacia in the chorus.

Who else is getting strong Christina Aguilera “Fighter” vibes from this song? Wow! I beg Anastacia that she makes this song a single and that she promotes it with TV performances. Who knew if she has a hit in her hands and doesn’t even know it!?

Alternative stream: Go to the 53:00 minute mark on the video here (BBC Radio 2 official page) to listen to "Army of Me" if the Spotify link above doesn't work for you.

UPDATE: I knew that Xtina familiarity was because of something! Anastacia's "Army of Me" is a cover of the Christina Aguilera song of the same from the album "Lotus".