Adele Wows With "Million Years Ago" Live Performance On 'The Today Show': Watch 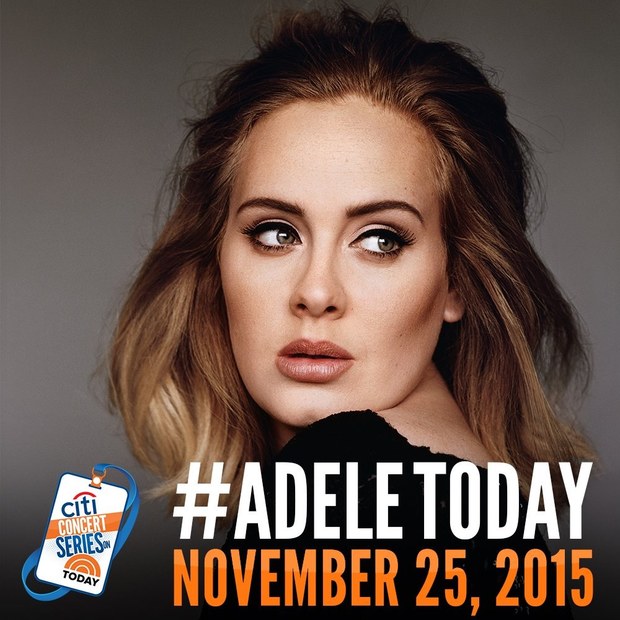 Singer Adele doesn’t have a single day to rest in this first week of release of her new album “25”. The British diva is continuing with her promotional tour across different TV shows in America. This Wednesday morning, November 25th, she attended NBC’s “The Today Show” to offer a live performance of the super emotional guitar-driven ballad "Million Years Ago" from “25”, which by the way, if you haven’t heard, beat the N'SYNC record of most album sales in a single week in just three days. “25” sold 2.4 million copies from November 20th to November 23rd! Crazy!

WOW! Her performance of “Million Years Ago” was simply amazing! (and that dress looked so good on her). So happy Adele's performing many songs from “25” in this US television tour these days and not just “Hello”.

Is there something to criticize about this Adele ‘TODAY’ appearance? Well, unfortunately yeah. Hundreds of Adele fans woke up early this morning to go to Rockefeller Plaza because they thought Adele would be performing outdoors, but unfortunately the British singer-songwriter preferred to stay indoors for her performance of “Million Years Ago”. I guess the 38 degrees of chilly New York City outside scared her a bit and she maybe thought that staying for a long while amid the low temperatures could have been hurtful for her vocals. Oh well, I feel bad for her fans outside, but if it was for Adele’s health I guess it was justified!