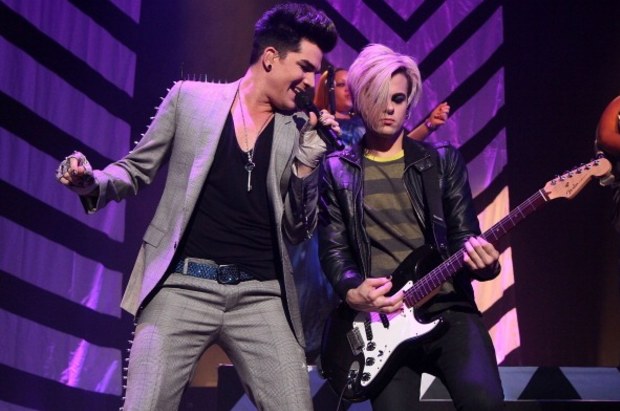 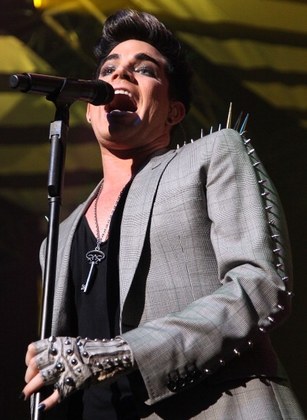 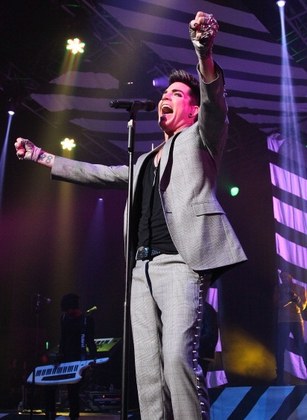 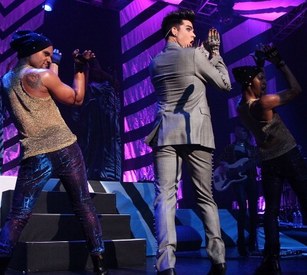 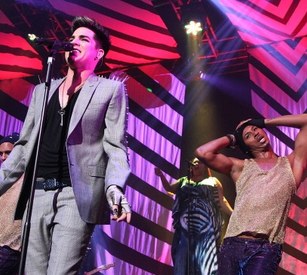 Adam Lambert kicked-off his "We Are Glamily" tour on Sunday (February 17) in Seoul, South Korea and on his setlist he's included a stellar cover of Rihanna's latest hit single "Stay"...Watch video below!

This new, brief international tour will take the American Idol alumnus through Asia and parts of Europe in the following weeks. On the first concert, at a sold-out Uniqlo-AX Hall in the South Korean capital, Lambert unveiled a new vibrant spectacle, filled with the best songs from his two albums, "For Your Entertainment" and "Trespassing". But there was also place for a cover...of Rihanna's smash ballad "Stay". Lambert has publicly expressed his love for the song, and most recently praised the Bajan singer's performance of it at the 2013 Grammys; "@rihanna - best she's ever sounded!! Wow. Full of such beautiful and haunting emotion". Adam's rendition of "Stay" is stunning, too! Such an emotion...and 'wow' vocals. Watch this performance and a few more from the first "We Are Glamily" concert below!.