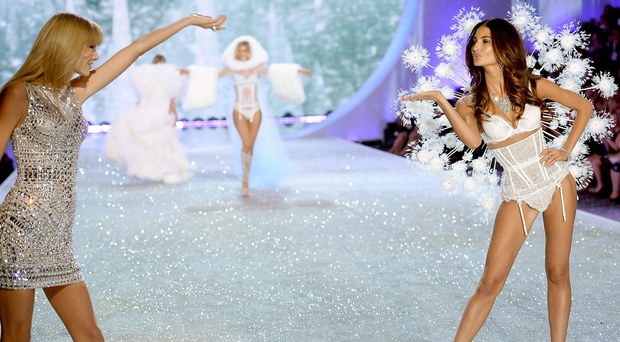 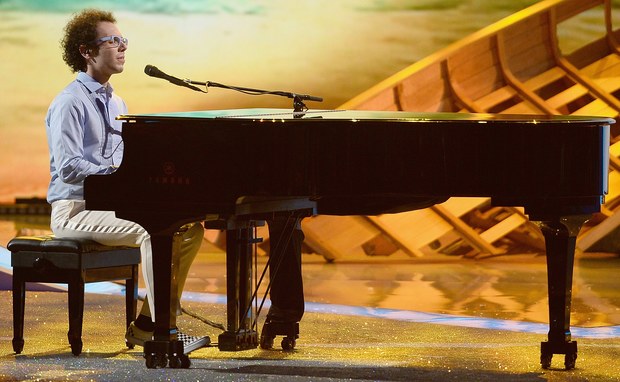 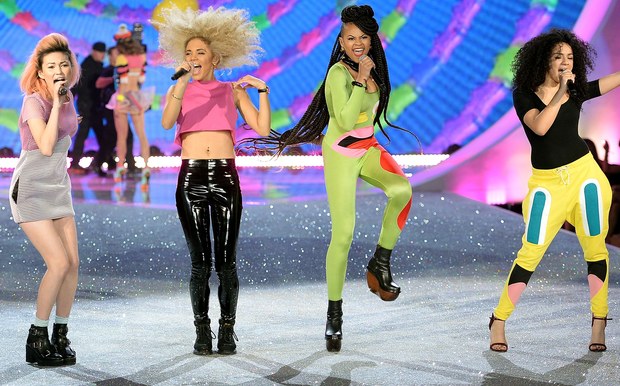 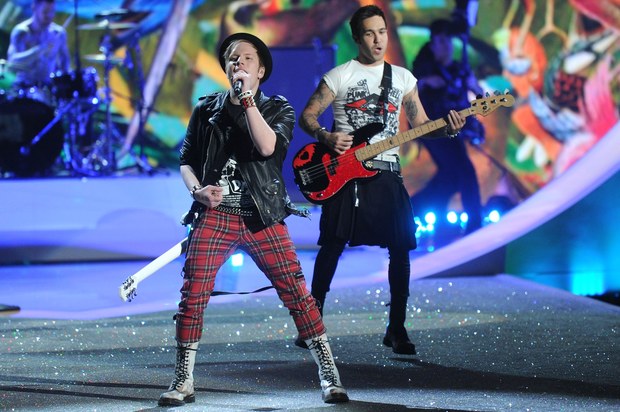 Taylor Swift, A Great Big World, Neon Jungle and Fall Out Boy were the guest performers at the 2013 Victoria's Secret Fashion Show, held at the Lexington Avenue Armory in New York City, and aired on CBS on Tuesday, December 10th. Watch videos below.

Country princess Taylor Swift performed her hit single "I Knew You Were Trouble" wearing a dazzling, metallic dress. Taylor's 5' 11 height didn't look so tall anymore when standing next to the beautiful Victoria's Secret angels. Oh, the envy she must've felt.

A Great Big World - or should I say, Ian Axel (the singer with the curly hair and glasses) -performed their breakthrough chart-topping single "Say Something". The piano ballad may be stunning, but it isn't the best song choice for a "catwalk" playlist. Where was the other AGBW member Chad Vaccarino, by the way?. He could have at least stook next to his buddy. Poor guy. He's not taking any praise for "Say Something".

UK's Neon Jungle made their US television debut at the 2013 Victoria's Secret Fashion Show with a performance of their high-energy debut single "Trouble". RCA must really believe in these girls to have booked this major gig for them.

Last but not least, Fall Out Boy also took the catwalk to perform not once but twice. The band rocked out first "Birds of Paradise" and later joined forces with Taylor Swift for a special rendition of "My Songs Know what You Did In The Dark".